Paraspar, Not a Religious Discourse – Dr Kirtidaben Shah on Stories from Jain Literature 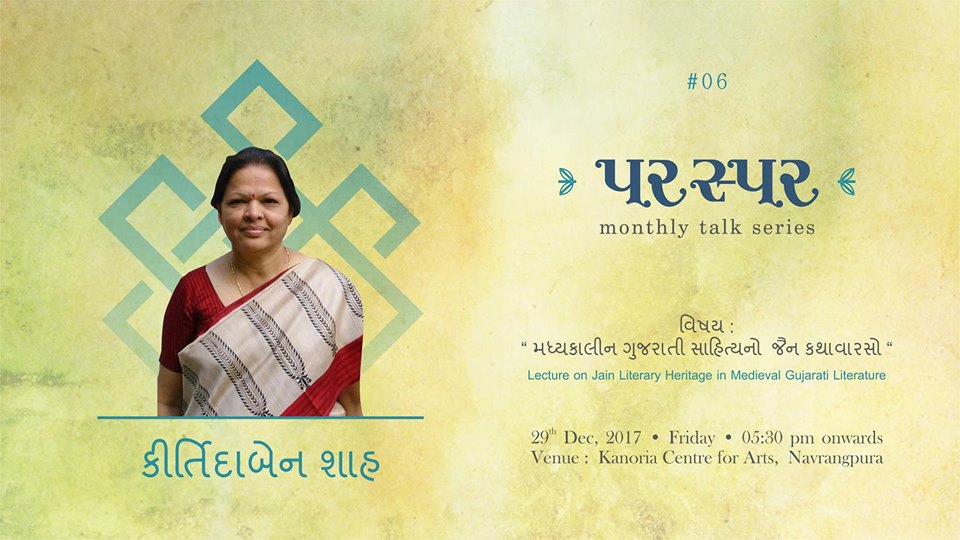 Gleaned from original Jain scriptures, the academician takes listeners on a journey through a magical ‘Shangri-La’ of fictional stories.

With the support of flamboyant lore and epic verses, religions have reinforced their existence since aeons. Whether it’s the Quran, the Gita, the Guru Granth Sahib, the Agamas or the Bible, each religious text has been drafted by self-taught wordsmiths who wanted to mould society through tales of virtue. In keeping with this store of moral knowledge, academician Dr Kirtidaben Shah was solicited to talk on Jain Literature, especially on chronicles that were composed between 1150-1450 BCE, during the sixth edition of Paraspar. Paraspar is a monthly dialogue dedicated to topics in the visual arts, the performing arts, writing, motion picture, et al, that is organized collaboratively by Matrubhasha Abhiyan, the Gujarat Literature Festival, the Kanoria Centre for Arts and Creative Yatra. As sunbeams of the early dusk hours gilded the white walls of the Kanoria Centre for Arts, fictional folklores transported audiences into a realm of fantasy – according to me a true Shangri-La –on December 11, 2017.

A Gold Medallist literati and an awardee of the Kavishwar Dalpatram Gujarati Sahitya, Dr Kirtidaben Shah is Head of the Gujarati Language Department at the School of Languages, Gujarat University. She possesses six authored titles to her name. But all these glowing titles aside, all who were present at Paraspar’s session felt like they were listening to a soft-spoken grandmother. Shah is talented at engrossing audiences through her expressive voice modulations and captivating choice of words in Gujarati. During the discourse, she described how she grew to adore Jain Literature and its fascinating stories. 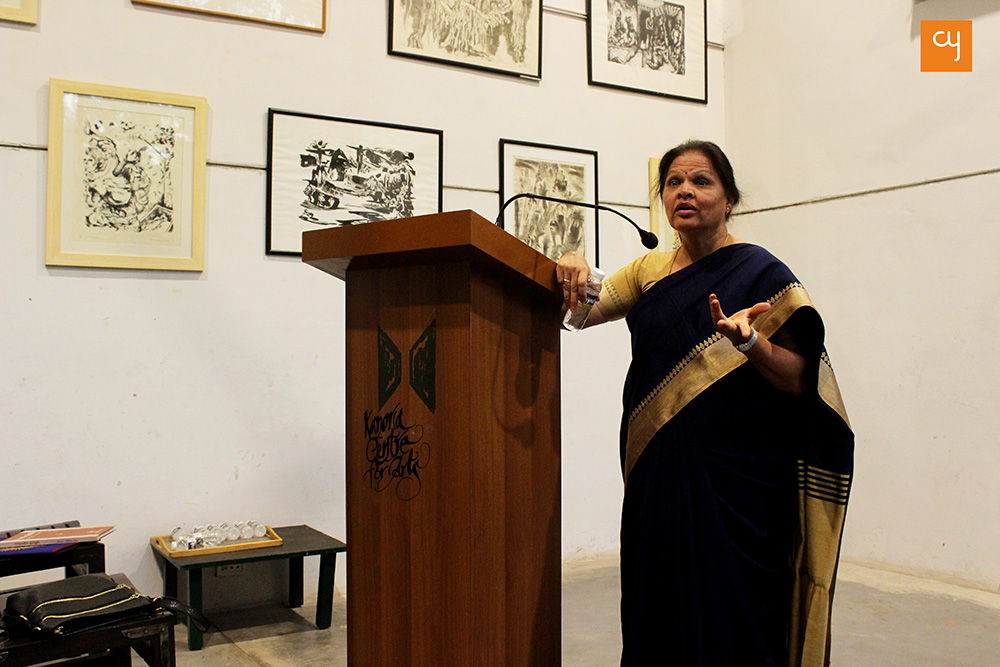 A keen interest in the art of storytelling has prompted Shah to convert verses into the form of tales to expose audiences to ingenious works of Jain literature through the use of uncomplicated wordings. According to Shah, “These anthologies, which were named Veesi (book with 20 tales), Batrisi (book with 32 tales) and Chautrisi (book with 34 tales), compile rhymes that were recited melodiously in bygone times by farmers – in epochs when there weren’t any sources of entertainment other than the company of other people. If we pick up any scripture, we see that most of these ancient texts were drafted in verses and couplets. They are sketched in poems because, with a rhythm, it becomes easier to remember a text alongside its context. Passages, on the other hand, are lengthy. They leave readers, and especially people with eidetic minds, scatter-brained. The type of convoluted words used in these verses were pretty understandable by the people of those times, but now since we have to reach masses using this literature we converted them to passages.”

The word-power of Jain literature later encouraged Shah to teach it to students, as part of their formal studies. “Every six months, more than 80 students culminate their academic term from the University having inculcated Gujarati as their major lingual subject,” explained Shah. “We experimented by introducing, as textbooks, the original text of Harji Muni’s Aaram Shobha and Dhirubhai Thakar’s Madhyakalin Gujarati Sahitya Ni Jain Parampara. We eventually initiated pupils to a paper on Jain Literature in the exams. The results were splendid, and this urged us to continue the module in the future.”

Each story Shah narrated was riddled with values between its lines. Listening to these tales was like witnessing the unfolding of a script by Jonathan Nolan. While The Dark Knight’s subtexts hint towards the importance of conquering one’s fears and enduring struggles, it never becomes too preachy. Likewise, The Chronicles of Nagdad Sheth is about a wealthy merchant who takes a vow of celibacy after he is unable to save a goat from the butcher, when he realises that the goat was his father in a past life. The legend of Aaram Shobha is about an alluring young woman who is blessed by a snake god who promises to stand by her side in times of turmoil. The story left people bewildered in its unforeseen climax, when Aaram Shobha who married a king decides to leave him and lead a life of chastity when he faces a lot of atrocities because of the snake god. 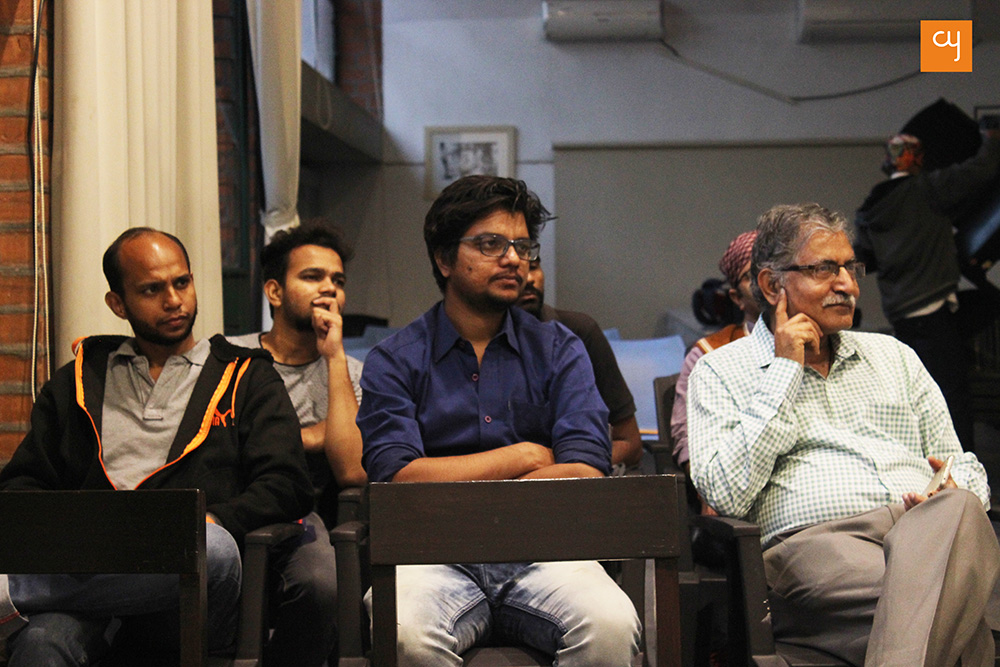 If our psychological life is a compilation of experiences and stories, which eventually take the form of thoughts; listen wisely while consuming the stories you tell yourself –this is what comes to define you!