Parasite: An awe-inspiring tragicomedy that latches on to you (no spoilers) 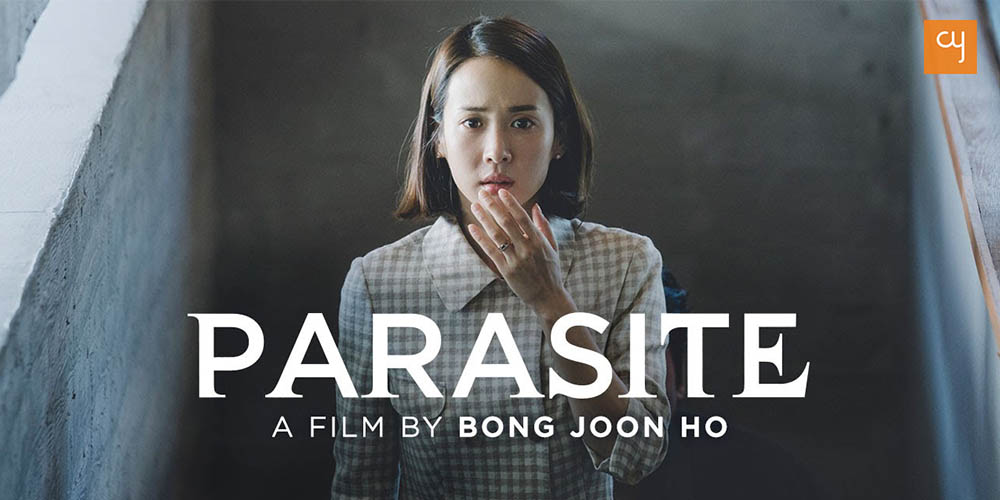 A tumultuous journey from unforgiving comedy to horrific tragedy, Parasite is a cinematic master-piece in story telling. The movie won the top honours at Cannes, at Golden Globe and at the Oscars. Lets look into what makes this movie, great.

A Foreign Language film winning the top honour of Best Picture at Oscars is an unprecedented event in the history of world cinema. There have been phenomenal Foreign Films earlier, winning in the Best Foreign Film category, yet Bong Joon-Ho’s Parasite manages to catapult the cinematic medium to a new high, by his imaginative and original story telling method. Critics and Cinephiles across the globe are complimenting the film in an equivocal voice.

The film is a rare amalgamation of intelligent cinematography, subtle writing and stupendous plot twist that takes the viewer an overwhelming visual experience. The film benefits from top notch acting and clever symbolism. It instigates a plethora of emotions ranging from mystery, thirll, horror and odd humour. Lets look into the film point by point.

The Plot of Parasite

The movie can be described as a satire, concentrating on a poor and unemployed, yet cunning, family who lives in a semi-basement flat. The movie progresses as they cleverly exploit a job opportunity to work at a rich family’s paradise like home. But who knew that the paradise had its own secrets? And for the sake of those who haven’t seen it yet, let’s leave it at that.

Like Bong Joon-ho’s earlier movies, Parasite exhibits the director’s trademark genre-fluidity which takes in purview two families from opposite ends of the socio-economic spectrum. How the rich (Park family) live a careless life without realising the schemes being planned under their own roof and how the poor (Kim family) have to take advantage of each and every moment to ensure their survival.

While the Kims had to survive through a sewage flood which drowned their entire house, the worst problem Parks had to face was finding an underwear in their car.

As absurd and unique as the movie is, Bong got the idea to make this movie from his personal experience, working as a tutor for a rich family. He once said in an interview that:

“When I was in college, I tutored for a rich family. I taught a middle school boy and one day he took me to their private sauna on the second floor of their house. Inevitably, I got to witness their private space and I felt like I was peeping into the private lives of complete strangers. And I felt a sense of guilty pleasure from that. I knew it was wrong, but I continued to get curious. So, these memories are quite vivid”.

Bong had always wished to make something out of this experience and finally, in 2015 he wrote a rough treatment of the script. Added a pinch of theatrics, drama, a dollop of situational humour and bam! You’ve got a masterpiece.

And the movie’s craftsmanship is brought out by how each character is written. And that too quite pragmatically. The Kims are cunning in the matter of finding an opportunity and tackling it with the knowledge and experience they have gathered living in the streets. While the Parks make those naïve mistakes a high class family might make.

And you can also observe the philosophical narration underlying beneath the movie. For example, whenever Kims start spinning dreams of a prosperous future, a drunk lunatic starts peeing on their window or a doorbell rings, giving a reality check of how feeble these ecstatic moments are.

However, the Oscar winning aspect of the movie is the mere 10 minutes, in the middle of the movie, that makes your brain go… ‘WTF!’. It comes like a predator; instigates the sixth sense in its prey that something is about to happen, ushers it gently into the mystery and then bam!

Not that other movies haven’t had a mind-boggling plot twist. Nolan’s Prestige, David Fincher’s Fight Club, Scorsese’s Shutter Island, even Park Chan-wook’s Oldboy, will leave you with a creativity-complex that how can someone think of something like this.

But what makes this plot twist unique is the thematic integrity of it. Not only does it add a totally bizarre and perplexing element, it accentuates the theme of parasite.

And surprisingly, the game-changing plot twist was only added 3 months before Bong concluded the script writing.

Trivia: The moment Gook Moon-gwag (the old housekeeper) rings the bell is the exact mid-point of the movie.

The genius of cinematography and subtle symbolism

Another aspect that makes Parasite so incredible is that each and every frame of the movie is captivating. From the moment movie starts with the camera panning down the semi-basement window to the exact same shot which concludes the movie, one cannot take their eyes from the screen.

The movie goes to and fro between two houses, the semi-basement apartment of Kims and the luxurious mansion of the Parks. And the genius of the movies cinematography lies in how they show this distinct class difference between them.

The semi-basement window looks out towards a narrow alley, with just a hint of sunlight, giving a dingy ambience to the neighbourhood. Whereas, the Parks’ magnanimous living room window looks at a serene garden with fresh and bright colours. The symbolism of light is so evident that the first frame which captures a shot of the sun is when Kim Ki-woo reaches the Parks’ mansion.

Furthermore, the class difference is emphasised by the elevation. While the partially underground apartment signifies their owner’s statute in the society, the Parks live at a much higher altitude. The difference between the altitudes is quite evident when Kims escape from the mansion and are sprinting towards their house.

Even the movement of camera is quite evocative. For the entire first half, as the plot develops to the point when Kims are comfortable in the mansion, every long shot progresses further to the focus point. It happens at such a miniscule level that it might not be evident on the first look but try fast forwarding it.And the way shots change their angle and focus point is really mesmerising. Taking a still shot to horizontal pan, changing a wide shot to close-up and various other techniques that enhance the stories narrative.

But, personally, the most incredible moment was the point Bong introduces the element of horror in the film, it is much more intense than any jump-scare movie, and he has achieved that with just a single shot. Only one shot, exposing a pair of lunatic eyes, rising from a pitch dark basement which runs shivers down your spine.

All these aspects add up to making Parasite a great cinematic experience, but it doesn’t end there, the film leaves you lingering with a question. Who are the Parasites? Is it the poor family who latches on to the rich for their moment in paradise, or is it the rich who can’t handle their smooth lives without assistance?

The movie is currently streaming on Amazon Prime and they have done a decent job of dubbing it in hindi, that will save you the pain of focussing on the bottom inch of the TV screen. Just go for it.