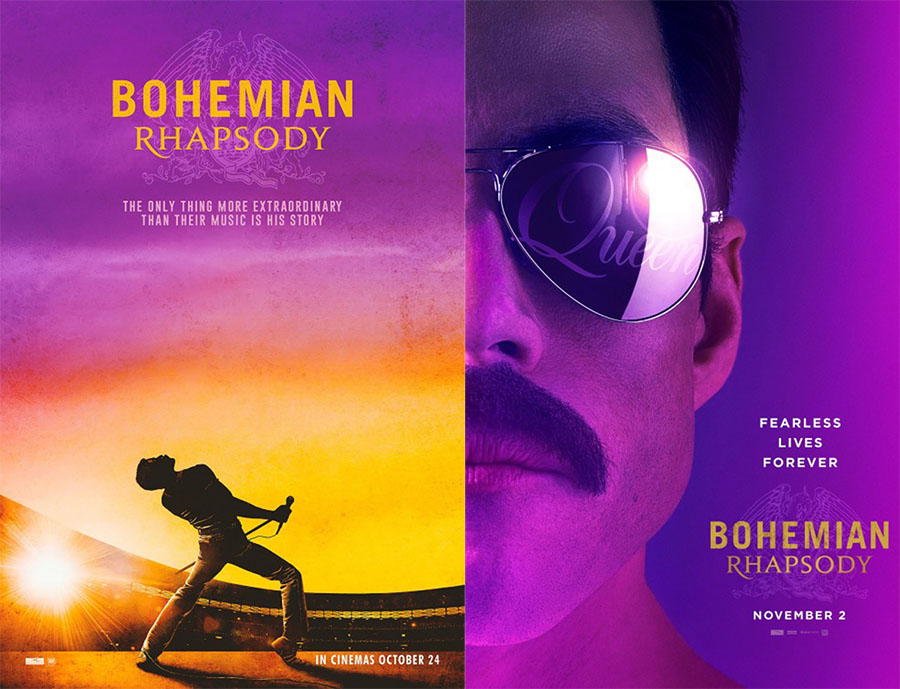 A recently released trailer for the highly anticipated film on British rock band Queen has received mixed responses from audiences. Most fans are thrilled, while some are disappointed that the film may have turned a blind eye to Freddie Mercury’s personal life.

43 years ago, when the song Bohemian Rhapsody came out, it made a historic impact in the world of Rock. An exceptionally beautiful song, it is much like a Long Island Iced Tea, with six different sections to it– intro, ballad, operatic segment, hard rock and coda! This stunning composition came to life in the band Queen’s fourth studio album A Night at the Opera.

But who is ‘Queen’ and who is its lead singer ‘Freddie Mercury’?

Queen is a British rock band that was formed in London in 1970 and consisted of the now-legendary musicians Freddie Mercury, Brian May, Roger Taylor and John Deacon. It is Queen that gave the world the anthem We Will Rock You and Lady Gaga her name (she got her name from Queen’s song Radio Ga Ga). And it is Queen that gave the world one of the best live performances in recorded history at Live Aid. The band had only one aim – to make music that would win the hearts of people from across generations.

Recently, the trailer of the yet-to-be-released movie Bohemian Rhapsody, which is based on the life of the band, was released. A highly anticipated film, its trailer got mixed reviews from fans. Fans are thrilled but, at the same time, disappointed because the trailer shows no signs of lead vocalist Freddie Mercury coming out of the closet, or his struggle with AIDS (Mercury died of AIDS at his home in London at the age of 45 years). This apprehension aside, we can perhaps expect the movie to delve into Mercury’s story, since one of the film’s posters says, “the only thing more extraordinary than their music is his story”. This certainly raises the intrigue factor of the film – what will or will not be depicted?

The movie traces the band’s path, from its formation in 1970 to its re-union for the Live Aid concert in 1985, which is widely considered to be one of the best performances in the history of Western music. Perhaps this focused time span is the reason why the movie may have excluded the last days of Mercury. A mash-up of hit songs by the band like We Will Rock You, Another One Bites the Dust and Killer Queen, plays in the background of the trailer, as the video rolls out glimpses from the movie. The band is shown creating music, having clashes and also living the extraordinary life. Actor Rami Malek from the series Mr Robot seems to do a wonderful job as Freddie Mercury; it’s not easy to catch hold of the various mannerisms that made Mercury stand out! Intriguingly, before Malek, Sacha Baron Cohen of Borat was slated to play Mercury, but he later refused.

The trailer commences with Mercury addressing the audience in his signature pose. He is then joined by the other band members – all of whom are in their youth, like back in their college days when Queen was not Queen but Smile (Mercury had renamed the band ‘Queen’, thinking it to be a stronger name). Several instances in the trailer make the movie seem interesting, like a scene where an executive from the record company EMI complains about the song Bohemian Rhapsody being 6 minutes long. Mercury’s classy yet laid-back attitude is evident in his hard-hitting retort to the executive! In another scene, lead guitarist Brian May asks Mercury what they should do next, to which he replies that next comes the part with the (now famous) operatic section. Perhaps this is really how the band worked – a perfect depiction of how in-sync they were.

Sadly, the trailer shows nothing about the other band members’backgrounds. Focusing on the life of Mercury, it seems to start off right from his days in London, even though he was born a Parsi and grew up in India before moving to England. The biopic has been directed partly by Bryan Singer, the man behind movies like X-Men: Apocalypse, though Singer was fired 6 months ago by 20th Century Fox reportedly due to his unprofessional behavior sprung in part from his creative differences with actor Rami Malek (though Singer claims the real reason is that he had taken time off to tend to his ill mother). He was replaced by Dexter Fletcher.

Several documentaries on YouTube give detailed accounts of the band –right from its formation to the death of Mercury. So several questions arise on seeing this trailer. Will the movie do justice to the legacy of Queen? Or would a documentary with original video recordings have sufficed? Because it’s often seen that when a piece of art is recreated using another art form, something or the other is lost in the process (while Fifty Shades of Grey did so well as a book, its movie adaptation failed to win hearts!) But it’s much too soon to judge the film based on the trailer, for many things seem to have been deliberately kept hidden. The film might just turn out to be a Pandora’s box in October 2018.