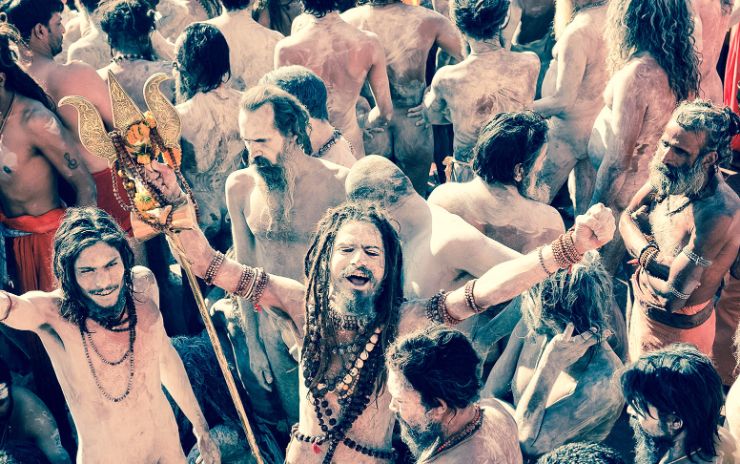 There are theories, but no one knows when exactly this celebration started. Since thousands of decades every 4 years an extravaganza occurs, where men, women and children from varied culture and ethnicity come together to celebrate human history’s biggest social and spiritual gathering. All of these happens in the search of self-discovery at Kumbh Mahotsav.

Geographically and astrologically the earth’s centrifugal force, longitude & latitude and the positioning of Sun, Moon & Jupiter have played an important role in scheduling Kumbh Mela’s hosting destinations. The 4 different cities of India i.e. Allahabad, Haridwar, Nashik and Ujjain host Kumbh Mela on a rotational basis on pre-fixed intervals. Based on various cycles of Earth and Moon, this rotation occurs. The longest of cycle being of 144 years, the MahaKumbh happens once in that many years. The last Maha Kumbh happened in Allahabad in 2001.

There is a deep spiritual and astronomical reason behind the reason of these four spots as the location for Kumbh to happen. Ancient Indian mystics had discovered that the capacity of earth’s centrifugal force to influence human system for higher possibilities, increases from 0 to 33 degrees latitude. The energies shoot straight up vertically in the human system at 11 degrees latitude and hence these locations were identified.  It is a unique precedent in human civilisation where millions gather to pursue a higher possibility by making use of solar systems natural occurrences.

The journey is not mythological, nor religious. The real essence is satisfying the inner self. Here even god is just a beacon for your journey towards liberation. The real motto is not to polish the outer leather of the shoe but to mend the innersole that makes the movement comfortable.

Experience the trance of reality, getting astray somewhere in our modernity.

Here are the Important Dates from Simhasth Kumbh at Ujjain:

Akshaya Tritiya (Birthday of Lord Parshuram, an incarnation of Lord Vishnu): May 9, 2016

Mohini Ekadashi (A sacred day to worship lord Rama for peace, honour and divine pleasure of life): May 17, 2016

Pradosh (A fast conducted on this day is dedicated to lord Shiva and Parvati): May 19, 2016

Nrusihn Jayanti (The birthday of Lord Vishnu’s incarnation): May 20, 2016