Miguel de Cervantes : an introduction to the Spanish literary great 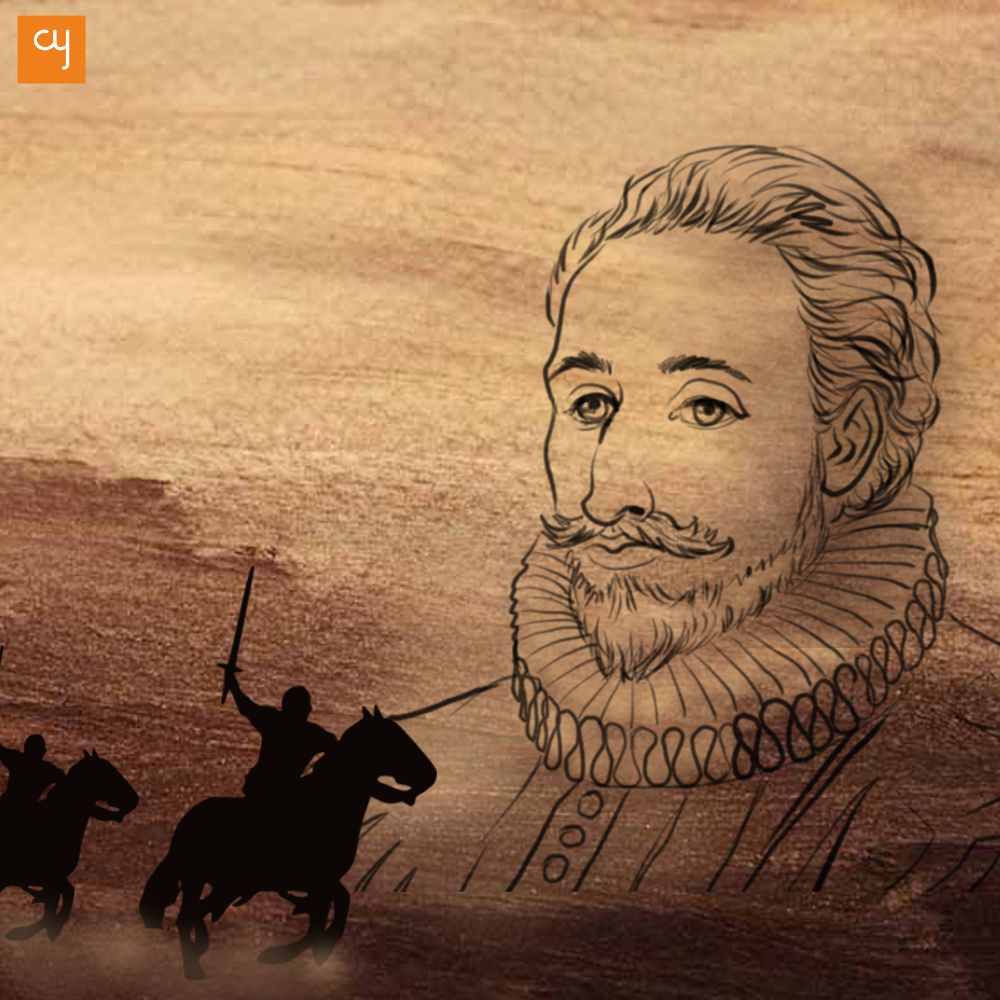 A Spanish writer, poet and philosopher, who himself became a revolution of Spanish literature and language.  His contribution towards Spanish literary was so impactful that people started calling the language as La lengua de Cervantes (The language of Cervantes). The author faced a lot of rejections and difficulties while struggling with his work, but during his last years of life, Miguel de Cervantes was able to publish world’s first modern day novel, Don Quixote and some world class plays like El Trato de Argel (Life in Algiers) and Los Banos de Argel (The Dungeons of Algiers), displaying his period of slavery in Algiers. Today the dramatically comic novel Don Quixote has been translated in more than 60 languages across the globe. And has also been an inspiration for prominent writers like Henry Fielding, artists like Pablo Picasso and Salvador Dali and millions of other musicians, opera singer and famous recitalists.

Cervantes always knew about his hidden interest in poetry but his few past experiences made him realize that he isn’t that great poet. Although his sonnets, particularly Al Tumulo Del Rey Felipe en Sevilla is still tremendously enamoured by readers.

He was born in Spain in 1547 and his father Rodrigo, who was a barber-surgeon and grandfather Juan de Cervantes, who was an influential lawyer were financially established. Somehow young Cervantes decided to serve his country as a soldier. Now his youthful days were spent in training, shooting and warring as he enlisted himself in the Spanish Navy Marines and also fought the Battle of Lepanto in 1571. Cervantes always had a never give up attitude, even in the wars, when his left hand was injured and his chest faced gunshots he couldn’t set himself back saying ‘I would rather die for my god and king rather than keeping undercover.’ Unfortunately after a few battles he was captured by Ottoman pirates and spent next 5 years as a slave at Algiers, with a few unsuccessful escaping tries. His experiences during all these days had tremendously inspired his way of writing and had actually rooted inside him deeply.

After surviving from the slavery Cervantes, shifted to Valladolid and then to Madrid and wrote some of the world’s best Spanish literary. Except Don Quixote (1605) and its sequel in 1615, Cervantes’s legacy includes 12 notable short stories. Miguel de Cervantes died in 1616 (along with that of William Shakespeare) and within 3 days before his death, he was able to gift the world a classic novel named Los Trabajos de Persiles y Sigismunda (Persiles), which is totally diverse from Don Quixote.

Even after being such a wonderful novelist, Cervantes couldn’t create a fortune from his work, because during those days writers were not entitled for a royalty for their own books. During his last days Cervantes’s popularity in Spain started beating William Shakespeare’s literary. And even today his plays are considered contemporary and books, as an urban way of thinking. People of Spain are inspired by his thoughts and philosophy so profoundly that have honoured numerous landmarks on his name.