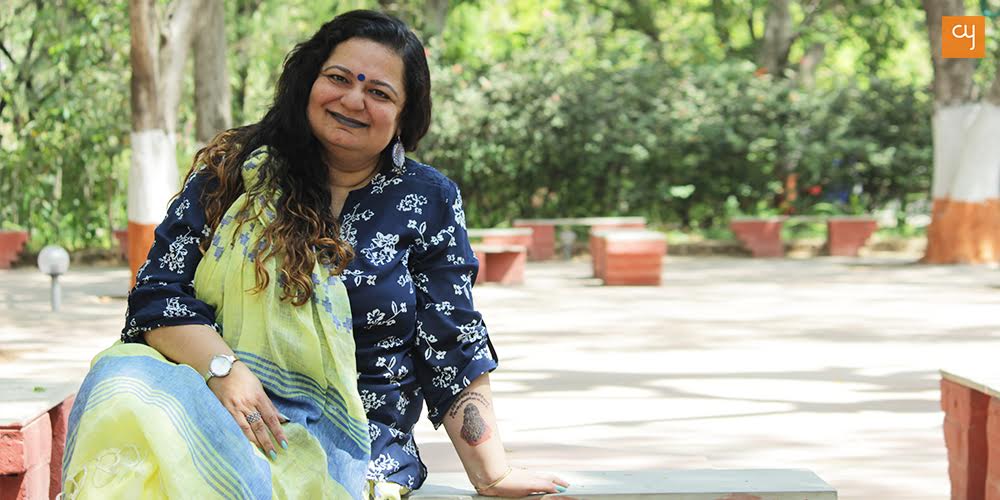 A professor in Strategic Marketing, fashion blogger, perfect poser and advocate for self-love, Falguni Vasavada-Oza is breaking stereotypes of gender and body type by declaring plus-size to be beautiful on social media.

These words by writer Gulzar on self-identity and self-love are tattooed onto the wrist of professor Falguni Vasavada-Oza.On reaching the plush campus of Mudra Insitute of Communications, Ahmedabad (MICA), I was greeted by the elegant and eloquent professor of Strategic Marketing who has been teaching there since more than 15 years now. But Oza is a popular figure not just in the classroom; she is a viral figure in the wider social media world where she has a following of thousands. A style guide and advocate for body positivity, Oza is an influencer who knows just how to connect with her young fans on a personal level through the use of social media. As an advocate for body-positivity and proponent of self-love, she has also been a speaker on reputed platforms like TEDx. The viral professor’s list of Twitter followers also includes PM Narendra Modi. 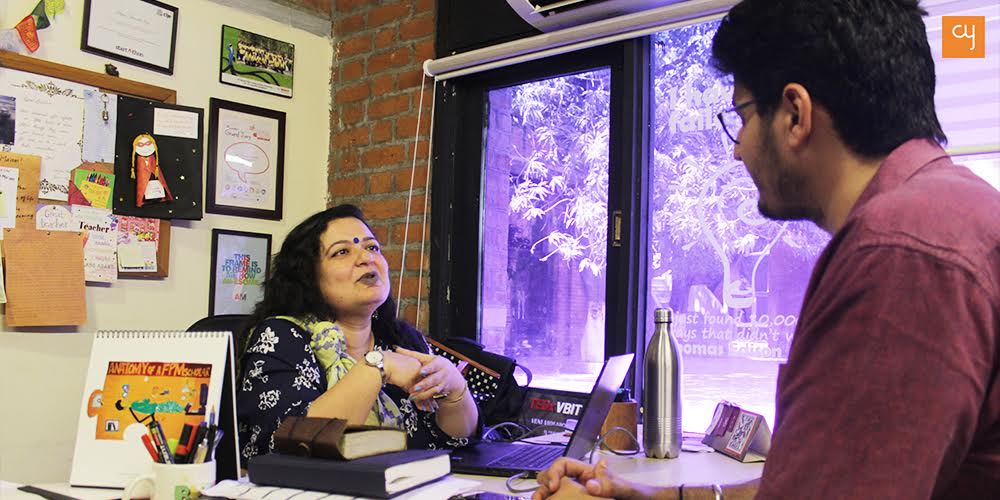 44-year-old Oza has a dynamic personality. And this is clearly visible in her unconventional style of teaching as well. Instead of giving her students typical assignments that involve referring to case studies of reputed brands, she has an approach that’s pragmatic and highly relevant in today’s times. She asks her students to follow cases on Twitter–to follow trending hashtags and investigate their emergence, causes and effects.

Oza is a prominent figure on social media today, where she guides aspiring students, fans and followers. But her popularity on social media did not happen overnight. It demanded two years of consistent effort. She considers social media to be an extension of her daily life and says that it is “less about technology and more about psychology and sociology.” According to Oza, social media is a way for us to reflect on what we think and share it with the outer world. On social media, we can see people’s hidden personalities and expressions. Her own pages are replete with photographs of herself as she shows up in whatever attire – usually a saree – that she is wearing for the day. Fittingly, one of Oza’s initiatives is the social media trend #OutfitOfTheDay. She explained,

“Fat and fashionable are never talked about in the same sentence and I wanted these two to marry without any ‘ifs’ and ‘buts’. My journey of being a body-shy to a body-positive person started when I accepted my plus-size and added it with my love towards style and fashion.”

Oza, who also writes on fashion, explained why people have a hard time loving themselves for who they are,

“Media, social conditioning and our constant attempt to compare ourselves with others’ careers, looks and achievements are what bogs us down. We have been showing film stars and actresses of a certain shape and size. The Lakme Fashion Week features women of certain body structure on ramps. We have been told that a girl should lose her bodyweight to get a good groom or when marriage is on the cards.” 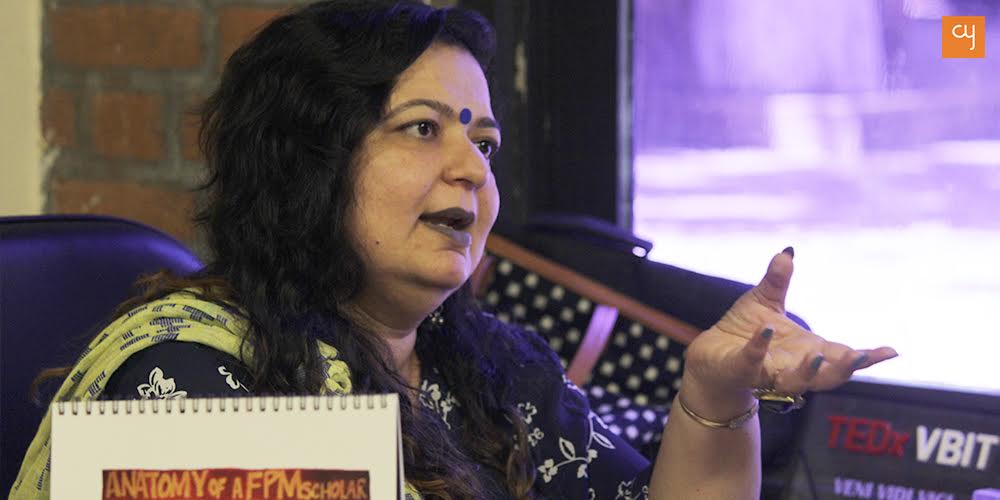 But rather than looking at social media as a de-motivating platform that’s used for constant self-comparison, we should also look at it as a platform for self-expression and make the most use of it, believes Oza. The professor, who dons many hats, not only exemplifies how to gently embody self-love but also sets an example for how we can break out of the stereotypical limitations of gender, body type and job identification, to carry ourselves in our most natural grace. Her words encourage people to show up as they are.