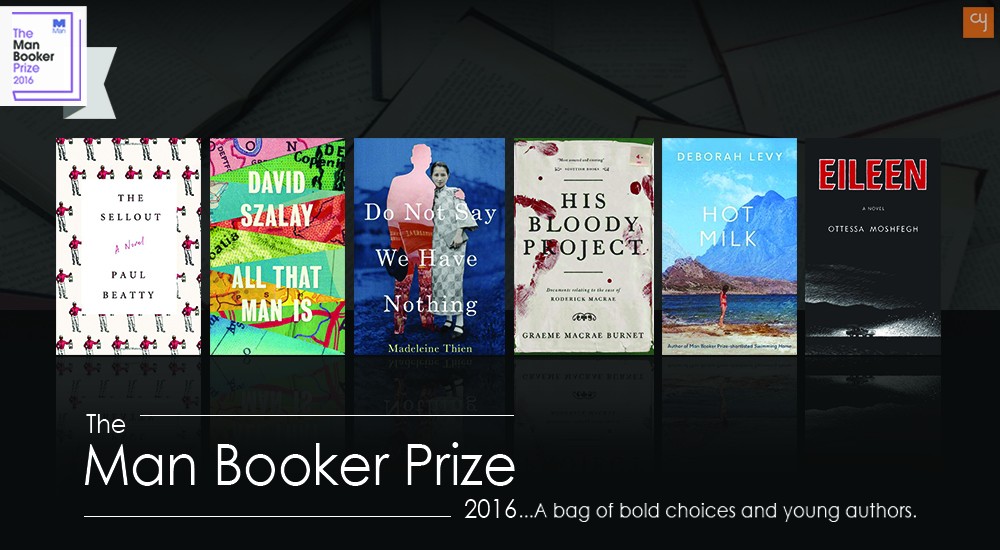 None of the six writers who made the cut for the coveted prize for fiction is well known outside literary circles.Those who failed to make the shortlist included Nobel Prize winner J.M. Coetzee, with “The Schooldays of Jesus”. Paul Beatty won the coveted title announced on 25th of October.

“The final six reflect the centrality of the novel in modern culture, in its ability to champion the unconventional, to explore the unfamiliar, and to tackle difficult subjects,” said president of the jury Amanda Foreman in a statement.

Nominated were Graeme Macrae Burnet’s highlands-set historical thriller “His Bloody Project”, Deborah Levy for literary fiction “Hot Milk”, Paul Beatty for his satirical “The Sellout”, debut novelist OttessaMoshfegh’s “Eileen”, David Szalay for “All That Man Is”, and Madeleine Thien’s exploration of the Chinese Cultural Revolution, “Do Not Say We Have Nothing”.

“Being innovative, being bold, courageous, a willingness to take risks, being novel within the novel — that’s what really excited us because it shows that the art form isn’t being nostalgic,” said Amanda Foreman, chair of the judges.

Here, a cheat sheet to the Man Booker Prize shortlist:

“The Sellout” by Paul Beatty (Oneworld)

Ms. Levy’s second shortlisted novel (after “Swimming Home”) features a dysfunctional mother-daughter relationship played out a strange clinic in southern Spain. Amanda Foreman, chair of this year’s judging panel, called the author “uncompromising.” “She writes what she wants, in the way she wants to do it,” she said.

The Scottish Mr. Burnet’s second novel revolves around a triple murder in 1860s Scotland told through documents including witness statements, newspaper articles and medical records. It’s a coup for small, independent publishing house Saraband, a Glasgow-based operation that has never before made the shortlist.

24-year-old Eileen narrates Ms. Moshfegh’s dark novel, about a woman caring for her alcoholic father, working at a boy’s prison and shoplifting on the side. Mr. Harsent praised the author’s ability to create “an atmosphere of threat and risk that builds to a truly startling outcome.”

“All That Man Is” by David Szalay (Jonathan Cape)

Made up of nine stories from the lives of different men of varying age and class, Mr. Szalay’s wryly funny work was praised by judges as “a composite portrait of contemporary manhood.” “It’s written with great affection, even if its central premise is a bleak one,” said Mr. Day.

“Do Not Say We Have Nothing” by Madeleine Thien (Granta Books)

Ms. Thien’s novel follows a Chinese-Canadian woman haunted by the memory of her musical and long-deceased father. The book stretches back through the Cultural Revolution and “bears witness to the cruelties that are part of revolutionary change,” said judge AbdulrazakGurnah.