Lines of Thought: Nasreen Mohamedi at the Met! 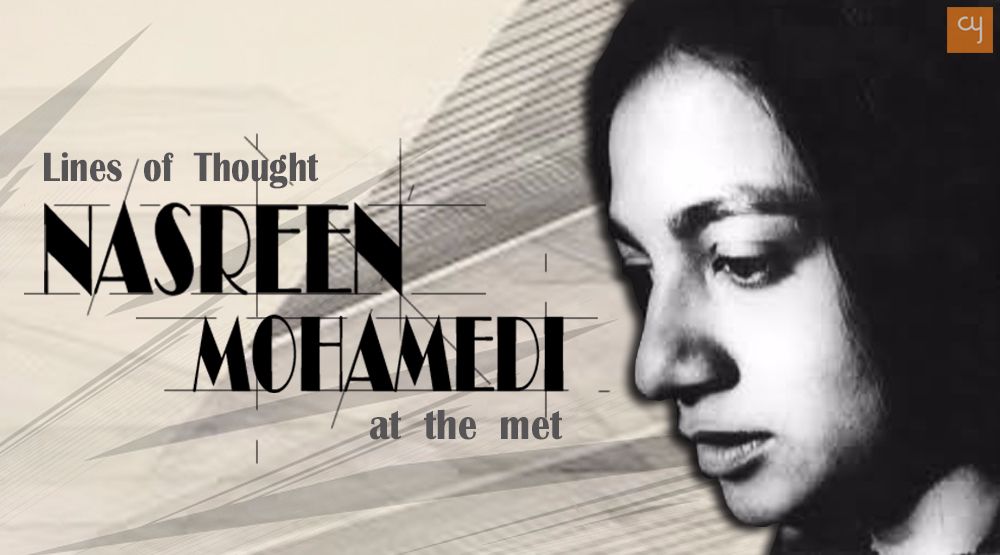 Early this year, The Met Breuer, Madison Avenue between March 18 and June 5, exhibited the Indian artist Nasreen Mohamedi’s retrospective, representing a devotion to eastern art for the museum, and on the other hand protecting the painter’s eminence in a universal account of modernism. The show in question here is one of the largest retrospective. The vacuity being an ethereal as much as a spiritual space, leaving you in a state of ponders. It may come across as an antithesis then, given the silent and solitary nature of Nasreen’s life that transmitted into her work generously being the centre of one of the largest museums in the world. However, it would be belittling to look at this show as a mere exhibit, for it leaves you with so much more especially in a space of thought. The later objective is barely just implied to the curatorial skeleton.

The bustle around the sudden international interest in the works of abstract minimalist artist Nasreen Mohamedi may raise quite a few questions. However, you are transported to a near vacuity. Minimalism wasn’t just a force in her work, but a state she preferred to live in as well, keeping to herself only the needed. You are whisked into her world with your first step in as you see her life in photographic display and then walk into a set recreating her work space. There is an alarming simplicity as a little lamp illuminates just the white sheet on a small table; the only other elements being her assisting instruments by the side. There is a display of a rare power that humbles you as a viewer as you go through her life’s labour, culminated with the minimal leaving you in pensive deliberation. “Space” here brings so many layers to its meaning, as you spend an experience with each work inclusive of her experiments of colours, her line drawings or the photographs.

Nasreen, as her peers would say lived a life of self-discipline, ruling out the unnecessary extras. It isn’t surprising then, that she followed the same ideal of self-discipline and self-restraint when it comes to her work. One sees a concentrated use of space charted out in fine disciplined lines of pencil and ink, devoid of redundant objects, narration, figures, decoration or anything that suggested intemperance.

There is an underlying connection in Nasreen’s musings. One can see her affinity for the textiles in the delicate folds of the fabric that drapes the lady with her back faced to us or her close-ups of the handloom machines weaving in her photographs. Then again you are left to make a larger association with most of her works using the intertwining of lines like threads interwoven together. There is a sense of achievement when you try to study the process of a Nasreen Mohamedi.

One reads what could be seen as ruminations from Nasreen’s written text neatly pasted on the museum walls to give that little insight or merely a disconnected thought in her randomly ordered works. Much like Nasreen’s silent yet comforting life, her works emanate the same solitude that is ethereal and divine, leaving you in a state of ponder. The devising of a core idea, eliciting itself in a meagre artistic and sparing fashion, one understands is an attribution to Nasreen’s work. The retrospect sets the trajectory of Mohamedi’s silently monumental career charting her works from the 1950s to the 1980s, inclusive of her early sketches, collages, onset of the non-representational forms, working in pen and ink and finally her photographs which also mostly captured space in its pristine form.

All the works without a date have been pre iodised in their showcase to spot varied segments within her art making procedure, because studios transferred from Bahrain and Bombay to Delhi and Baroda, eventually arriving back to Bombay as Mohamedi survived her last moments disastrously suffering with Huntington’s disease. The display narrates the individual voyage from splayed, amorphous lines of her early career to confident, definite linearity during early 70s, diagonals evoking through three dimensions later on and suspended geometric figures during the end of her life.