Indian leads the inaugural Yinchuan Biennale and it's a thing to be proud of! 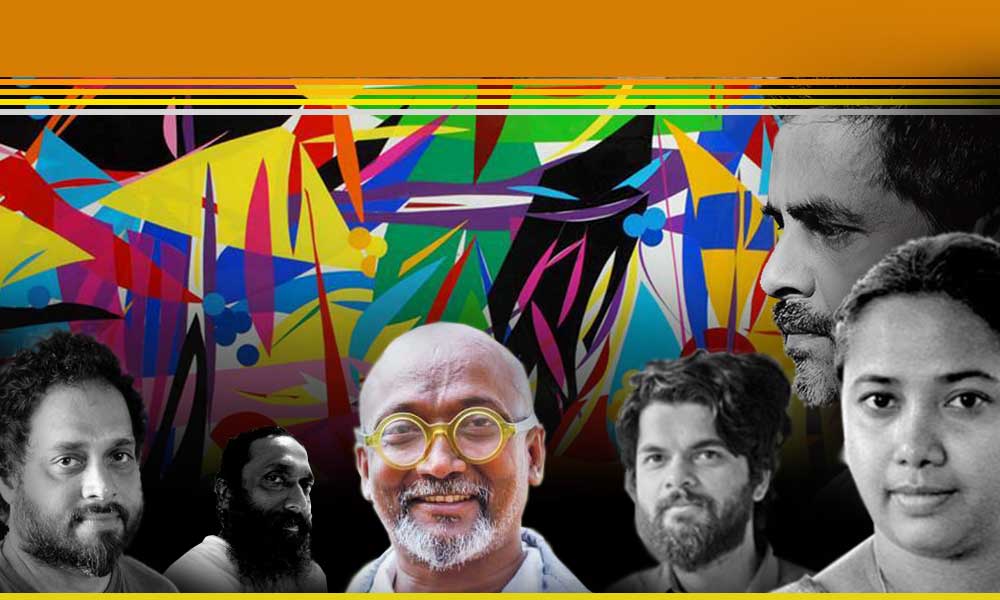 He one of the first known Artist-Curators in the country, GQ Man of the year, the co-founder of the Kochi Muziris Biennale and also the co-curator of the first edition – that is Bose Krishnamachari for you – flamboyant, warm and an artist-curator par excellence. He is now all set to curate the inaugural edition of the Yinchuan Biennale in north-west China between September 9 and December 18 this year and we cant help but get excited.

Built around the concept of ‘For an Image, faster than Light’, the biennale will feature 80 international artists who will showcase their works at the Museum of Contemporary Art Yinchuan, an art museum on the banks of the Yellow river. And boy! Does the list of Artist read well? The 40 artists from all over the world include British artist AnishKapoor and legendary Chinese artist Ai Weiwei. Let’s take a look at the Indian Artists at the youngest Biennale in the world:

Sudarshan Shetty: SudarshanShetty’s is primarily a sculptor who works with the installation format. His works are infused with a sense of morbid humour; place them in the twilight of presence and absence. In his 30 year long career, one of nation’s most inventive abstract artists has facilitated him to be the curator of to the Kochi biennale 2016, a brand new solo show and a commission under the prestigious Rolls Royce Art Programme.

Benitha Perciyal: The most talked about artist of Kochi Biennale 2014 was undoubtedly BenithaPerciyal. Her exceedingly experimental artworks emerge from her constant involvement with mediums and their distinctly enriching life, and her own voyage in search of the manifold aspects of trust and its material signs. Her work interest has always lied in exploring the localization of Christian faith in a nation like India through architectural structure, conventional arts, and symbolisms. She is the recipient of the prestigious AMAG Grant 2015.

Riyas Komu: As a creative person, Riyas Komu is renowned for his political creativity, portrayed using expressive caricatures of public faces. Problems countered by modern India, politics and soccer are few of his major topics of artworks. His approach is modest however holds a dynamism which nourishes the tragedy of the subject or circumstances showcased pretty efficiently. He is the founding member and the first curator of Kochi Biennale.

Valsan Koorma Kolleri: Valsan Koorma Kolleri posses multi-disciplinary sculpting art wherein carving in not just statuettes but also sketching, installations, public art, structural designs, work of art, and photography etc. His artworks usually play around spaces that amalgamate nature and culture, forming all new macrocosms and microcosms of the living world. His works is a layer of ancient folklores and archaeology using rudimentary nature to form luminal factuality. Kolleri’s vision is broad towards the worldwide potentials of the space described within his work, representing the convergence of dimensional relationships between substance (as a material form) and the transpersonal (as history and contemporary culture).

Kartik Sood: Kartik Sood’s works are often compared to dreamscapes – fluid, misty and enchantingly aesthetic. ‘Shadowy outlines shimmer, shrouded figures nestle together, architectural structures’ that forbear the in-passing observer occupy spaces with inexplicable magnificence. Sood’s works are fragments of a narrative, carefully preserved in the layers of his work, in many ways allowing one the child-like joy of discovery. An alumnus of the Delhi College of Art and the M.S. University of Baroda, Sood was the recipient of the FICA Emerging Artist 2013 and 2015 was named in the Forbes 30 Under 30.