Going Right with Wrong... : a heart to heart talk with filmmaker Abhishek Jain 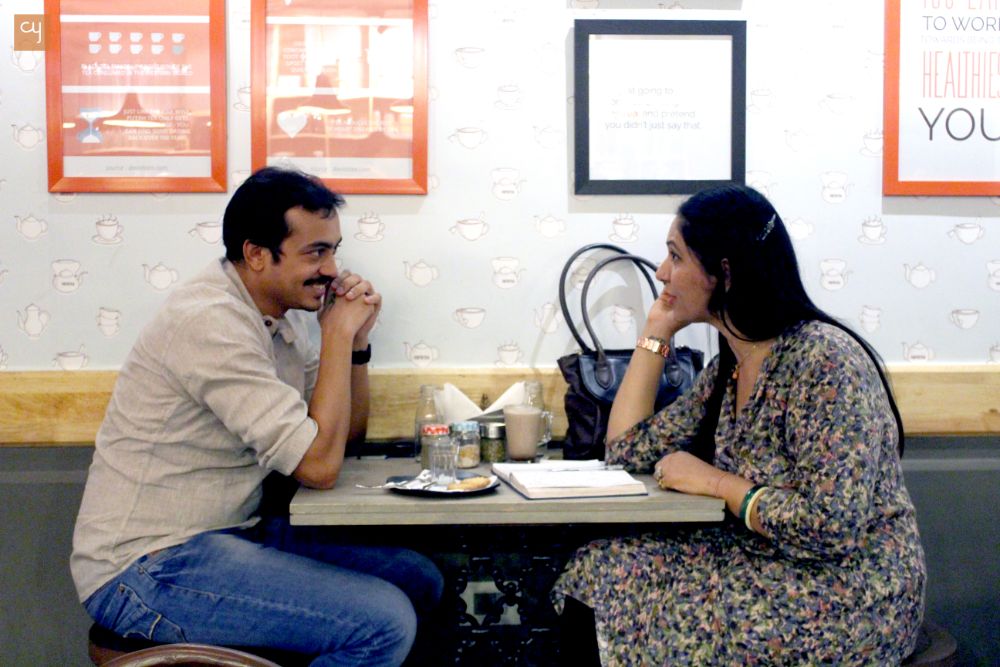 It is tough to believe him when he says ‘I have been in and out of many schools due to my menacing behaviour’ or ‘I was a goon doing goondagardi’. And so, I check if I got that right. Filmmaker Abhishek Jain maintains his (hi)story. The young director of contemporary pathbreaking Gujarati films Kevi Rite Jaish and Bey Yaar does not attempt to brush facts under the carpet. And now, with Wrong Side Raju, slated for a September 9 release, we have the hit-and-run thriller to keep us on the seat’s edge. Abhishek’s focus, coupled with zest and “angst to tell a story”, resulted in these films at a point when Gujarati film industry needed a much-required makeover. How the ‘menacing’ young lad turned into a mature and enterprising filmmaker is a story worth our ears.

Breaking away from the latent format that Gujarati films followed, Kevi Rite Jaish created a dent in multiplexes while Bey Yaar raised the bar. So, did Abhishek always grow up with a desire to make films? Was opportunity served on a platter? “Oh, there’s a long story here! For me going to watch a film was about seeing Salman or Hrithik perform stunts or dance. I wasn’t the all-interested-in-films kind of guy,” says Abhishek, whose journey on stage, however, began as a nine-year-old with theatre. Adukiyo Dadukiyo and Miya Fuski are fond reminders. Because of theatre, he was exempted from attending PT, Sanskrit and Gujarati classes in school, much to his relief. “I didn’t know Gujarati well; I had the benefit of being a convenient Gujarati,” says Abhishek, whose Kevi Rite Jaish happened a few years after he passed out from the first batch of Whistling Woods in Mumbai. “And that was for the dire desperation to tell a story!” he avers. 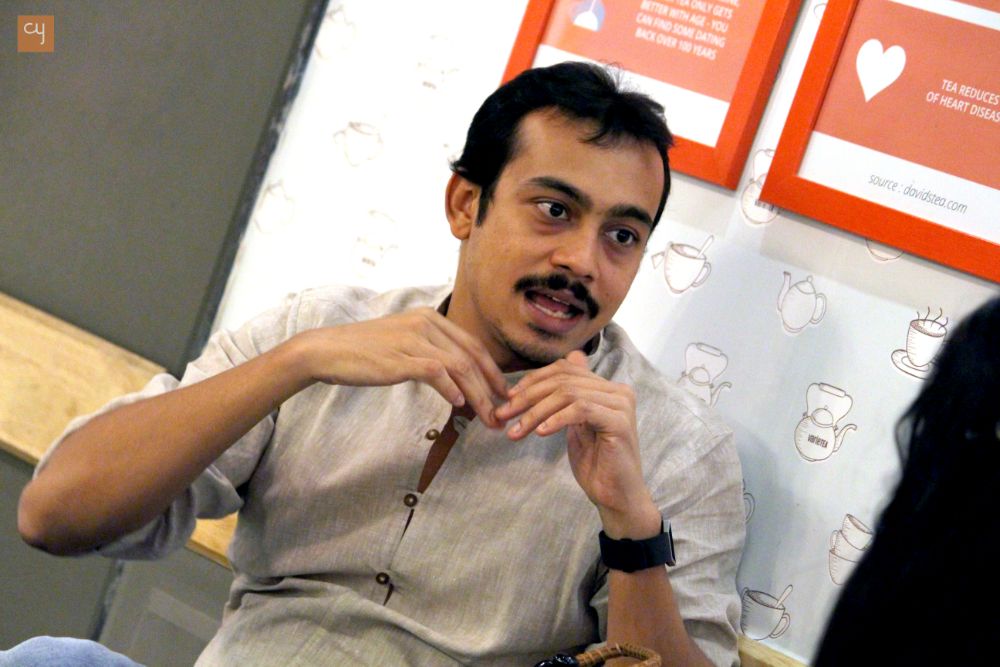 The journey from school to college was pretty much a lifechanging one. After all the pranks in school, Abhishek joined H L College to study Business Management and “that’s when I realised I had lost productive years of my life”. Recalling his first day, he shares, “From day one in college I decided to participate in all events and extracurricular activities – debates, mimes, mimicry. I won about 98 awards for the college. That’s when I became focussed. There was also some rebellion… I began questioning things. Why quote foreign brands when we have better Indian brands as example or why must one take CAT to pursue MBA? Why be conventional or follow a herd? I was sure I wouldn’t take the CAT. And thus I knew what I didn’t want to do. Also, I could tell stories and make good excuses. In fact, I even thought I’d pen a book ‘A 1000 Different Excuses for a 1000 Instances’!” laughs the 30-year-old. “I realised I couldn’t make excuses for career but could tell stories, and the closest I could think of was theatre. But when I saw the mirror, I felt I’d be better off behind the camera,” he continues in the same vein.

It is around then that Abhishek learnt of exams for FTII, Pune. “I didn’t prepare, took the exam and flunked. Next I heard of Whistling Woods and that’s where doors to filmmaking opened for me. I watched many films, read several books on filmmaking there. I understood there’s a huge world beyond those three hours we see. However, coming from a business family, I felt a bit inferior since I had no background of art. The info intake I had here was too much but there was no output. I was coping with what I wasn’t attuned to in life,” recalls Abhishek, who then went on to assist director Sanjay Leela Bhansali for Guzaarish and Chedab Gandhi. 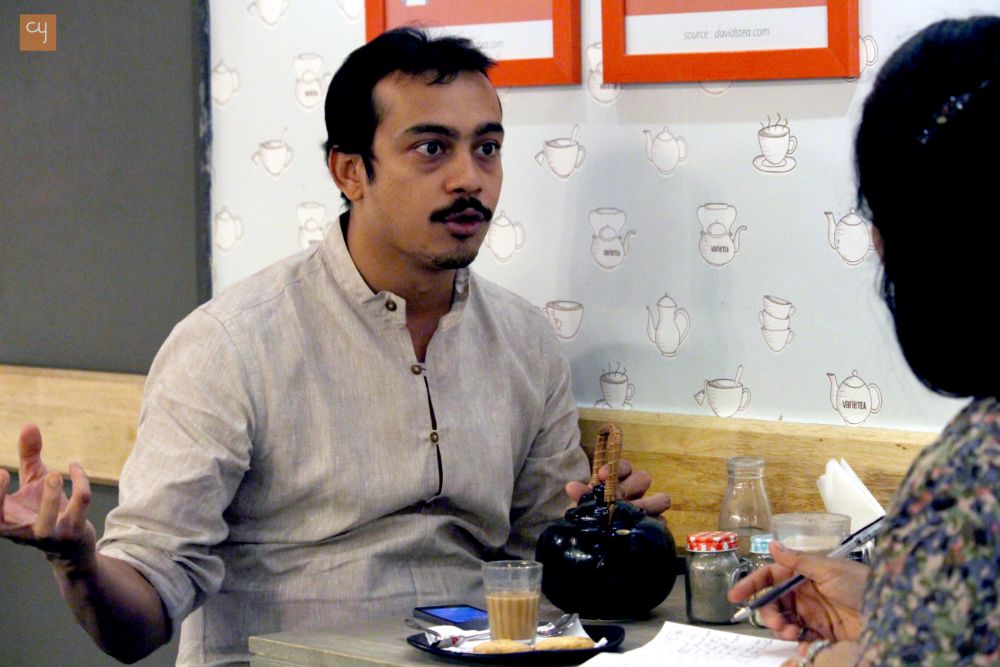 Stories from life around would surround him. “Why not tell these, I thought, and that’s when Kevi Rite Jaish struck in the head. I was in Mumbai for about four years in all and once I got back to Ahmedabad I began writing its script. I also got busy with a technical textiles business I had started and developed a bullet-proof indigenous jacket. Parallelly, I wanted to be in touch with media and when someone suggested radio, I joined. While radio was happening, I decided to finish writing the script of Kevi Rite… ,” shares the once-upon-a-time RJ. He continues: “And while there was everything – radio, business, writing – I wondered why I was into it all. In 2010, I felt it would be great to earn money from my area of interest. And so, since my dad had sent me to Whistling Woods assuming I’d want to make it my profession, I started Cineman Productions. I would make advertising films and be the sales guy for those too,” recalls Abhishek, who feels radio helped him get closer to filmmaking and “understanding the pulse of the audience”.

Once Cineman, radio, business and salesmanship got together, the need to tell a story got firmer. “I decided to complete the script and direct the film; I needed someone to finance it. I began knocking doors in Mumbai and literally roamed around an entire year with the script. In that year, I went to Goa to attend the International Film Festival of India. I spotted Anurag Kashyap there, walked up to him and shared the story. I eventually got around to meet him in Mumbai as well but the finance didn’t materialise with the person he had connected me to,” says Abhishek, who returned to Ahmedabad and turned to his dad. “I asked him to finance three films across five years. This was in 2012,” says the director who went on to create ripples at the box office. “Bey Yaar followed…I got artistes from Bollywood to make it bigger and it did well. I learnt a lot in the process and went for around 500 shows and connected with the audience.”

For those who wish to know if there’s any formula he adopted, Abhishek believes “you have to allow people to own up to your work and once they do, all goes well”. With Wrong Side Raju, the intention is to try a new genre and take the film to a new sphere. “We want all to watch the film and it will release with English subtitles beyond Gujarat. The film is about social disparities that exist in society, about perception questions of sorts,” says Abhishek of the film directed by Mikhil Musale with music by Sachin Jigar. Fans of Arijit Singh could smile when he sings in Gujarati along with Vishal Dadlani.

While Abhishek’s story sounds filmi, its premise is pretty simple. “It is not necessary to follow convention. It is good to invest in children and let them be where they want to be, for otherwise they could land you in losses,” he says, adding, “If not for films, I wouldn’t have known art and beauty of the world; I wouldn’t have been able to appreciate so much around me.”

Indeed, that’s one return you’ve got to be lucky to receive.