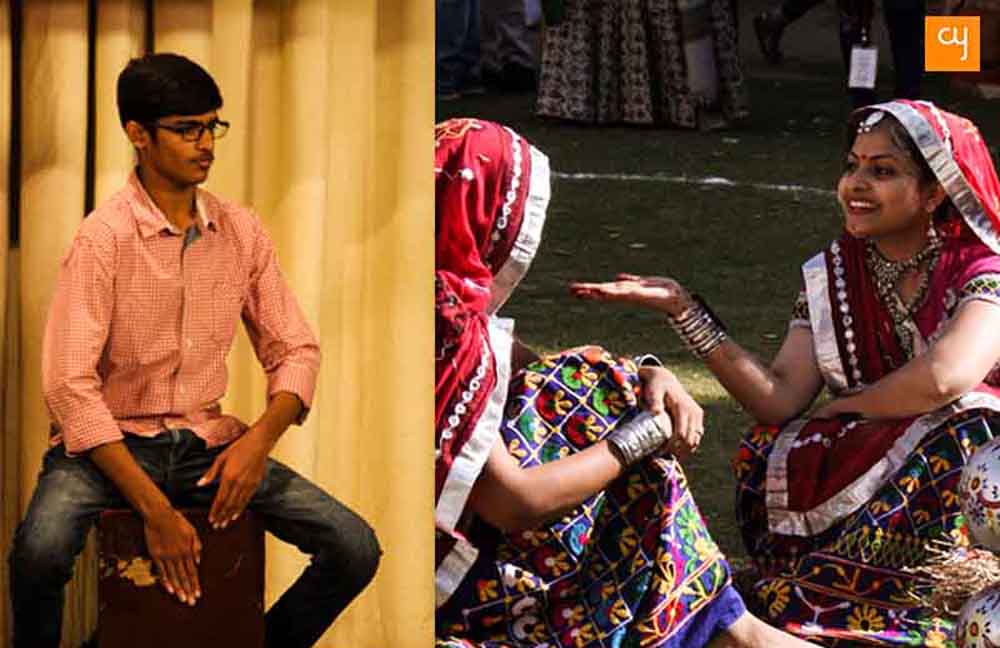 At Asmita 2017, the show was stolen by the performing arts genre, with street plays and mime performances galore effectively striving to communicate social messages.

I was mildly bewildered to witness a volunteer blocking my way, as he insisted, “You cannot enter the campus auditorium in the middle of a skit.” It certainly took me ten minutes to feel content about the above scenario and to appreciate how careful he was about the performances of his fellow classmates. It was intriguing to see his involvement as a volunteer, in taking full ownership towards the discipline of the overall fest. Very few colleges give liberty to students to conduct independent activities and give them a window of opportunity to explore their leadership skills. In Asmita 2017 Youth Festival by GLS University, this attribute was certainly visible.
On the second day of Asmita, the show was stolen by the performing arts genre. Lending an energetic start, the day was initiated by an activity which is usually left untouched by many institutions during their ‘Culfests’ – the traditional art of street plays, an activity that has long shaped our rural society and broken numerous orthodox and unhealthy reforms. These students of the modern era conceptualised their performances and topics on typical social issues of today’s society. The competition was set up for performance in a circle, in an open lawn with the spectators standing around to witness it. 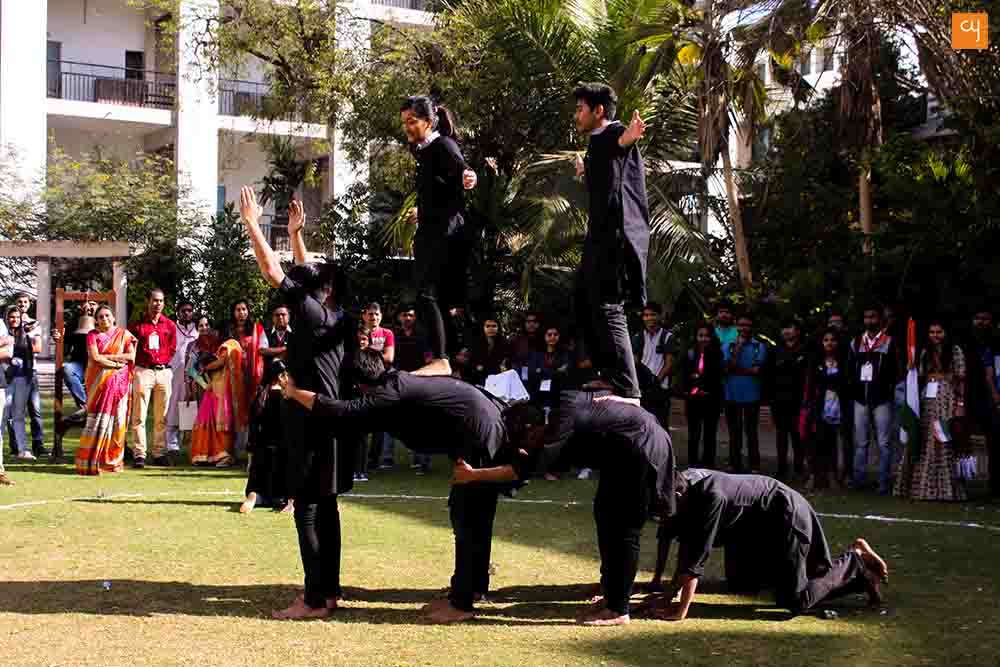 Plays help in expressing the innermost feelings buried within, thus making a win-win situation for both the performers and spectators. The best part of this event was that these students hailed from variant academic backgrounds, without a formal education in theatre, and yet they proved that their energy is no less than any master recitalist. Ruchit Patel, a participant from one of the street play groups, told us, “We have been practising for the D-day for months and the response that we got today after our performance was more than just overwhelming.” 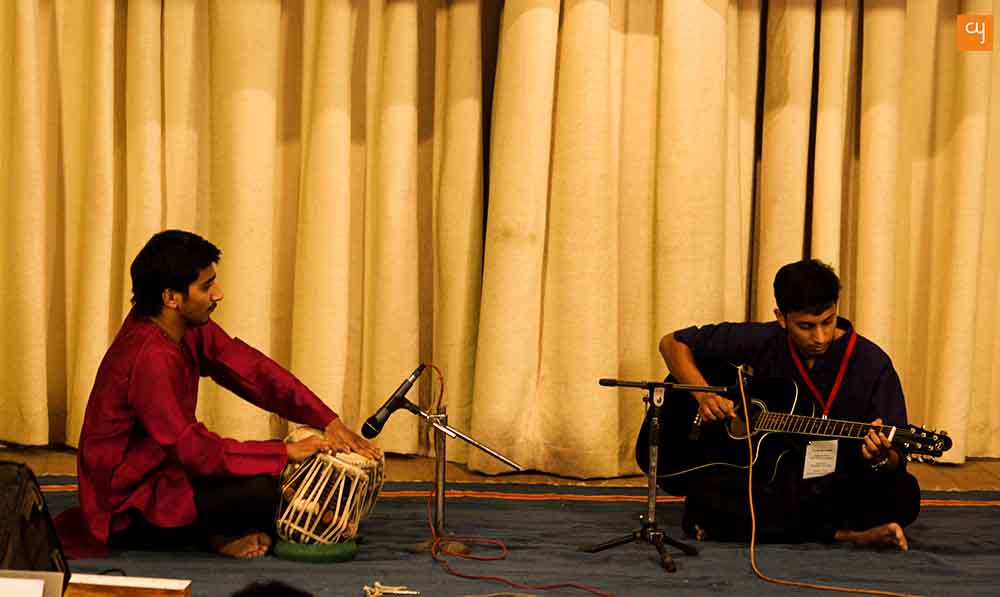 The word Asmita means to have a sense of pride in oneself and the theme of the festival was, of course, named after the same concept. But the grace of this word was genuinely portrayed by the skit competition organised in the afternoon at the auditorium. More than 10 teams came up with sensitive social issues enacted through storming emotions in front of a hall full of a cheering audience. One of the participating teams, that performed a brilliant skit on the theme of demonetization, expressed its experience in these words “We always wish to make our audience smile while conveying a social message, which ultimately makes them laugh at their own mistakes while realising with a smile what they can change. We are so glad to get such an amazing response and, seeing this, we are now planning to perform this play somewhere else too.” 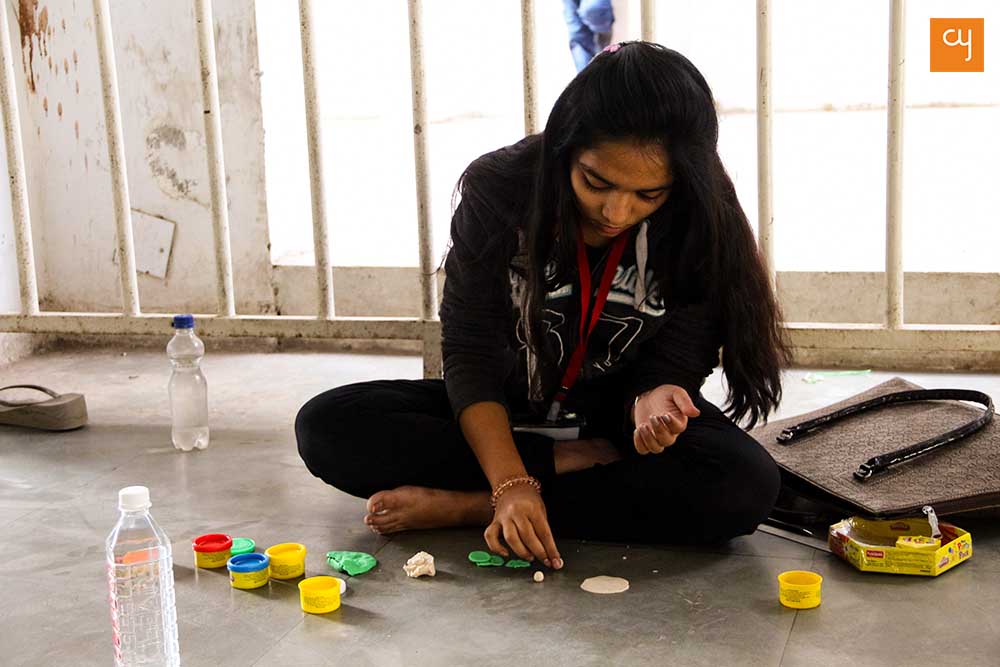 Additionally, mime theatre has been one of the toughest art forms to exist across the globe because it doesn’t lend one the privilege of words to make the audience understand a topic. The performing arts genre at this year’s Asmita festival also gifted us a few amazing mime performances during the skit competition, where white-painted faces were seen shouting by way of their quietness. 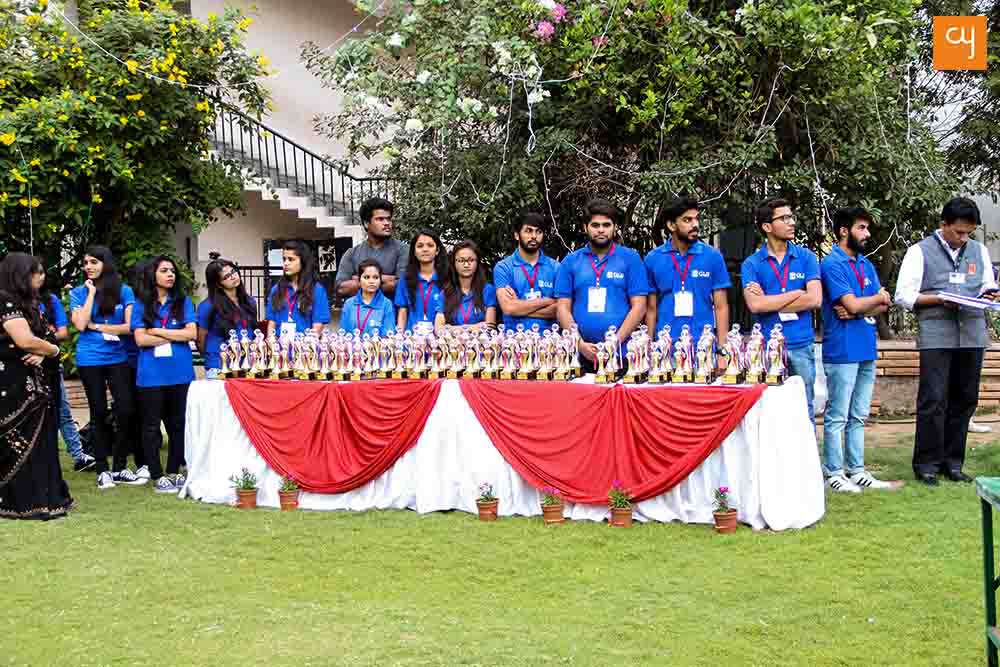 During the final Valedictory event organised on February 6, 2017, the event was graced by the mesmerising voice of Gujarati folk singer Yogesh Gadhvi. Invited as the Chief Guest of the day, Yogesh Bhai expressed his views on Asmita in these words, “Asmita lies in respecting the mother tongue. Being a Gujarati, one should never feel shy in expressing one’s thoughts in one’s root language.” On the festival’s final note, the respected songster presented Meghani’s poetic anthem ‘Raj Mane Lagyo Kasumbi No Rang’, followed by an award ceremony for the deserving winners of Asmita 2017. 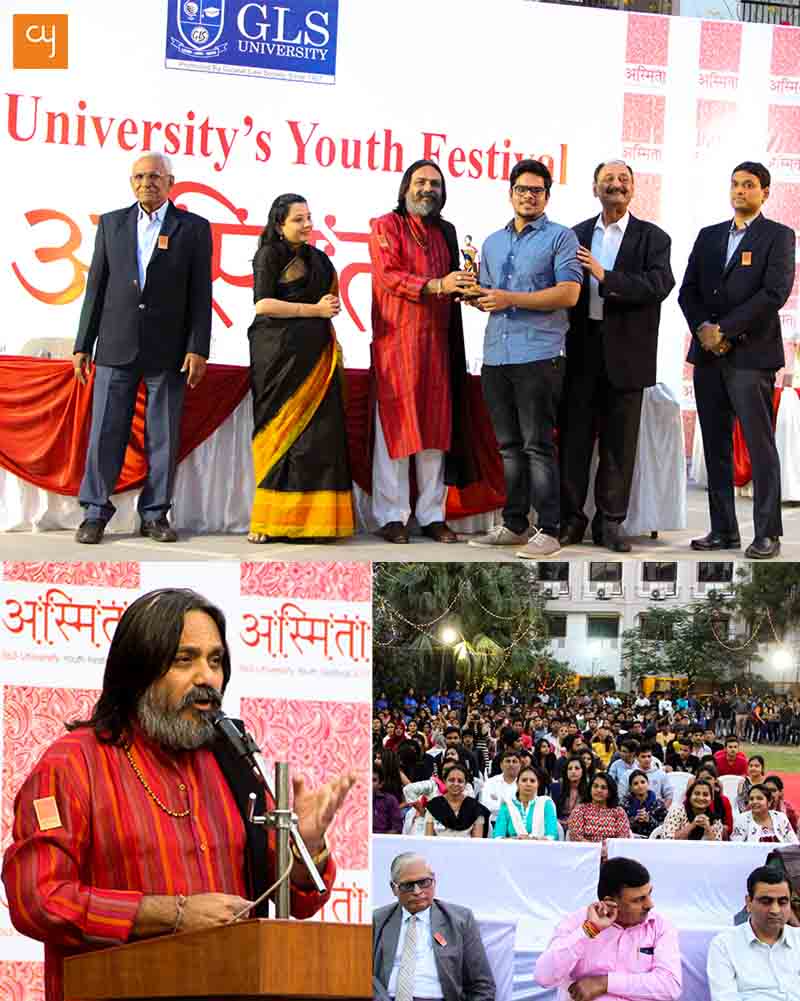