For Her, Life’s a Party : a heart to heart talk with Aishwarya Majmudar 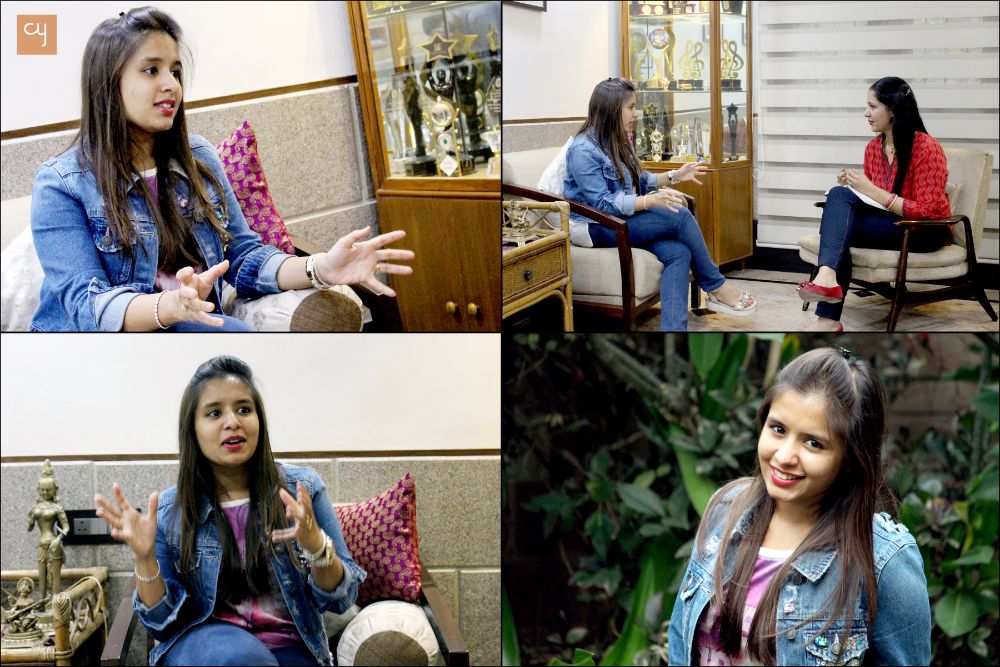 At a time when children were busy chasing either playgrounds or PlayStation, this girl was playing ‘music-music’. She was pursuing melodies and immersing herself in riyaaz. Morning, evening and night. But, when I ask Aishwarya Majmudar, 22, her age when she first sang a song, I surely don’t expect the answer I get. “I was three!” she says, matter-of-fact, the numerous trophies in the living room speaking more than words could. She attributes her parents as reasons behind her turning singer. But, it’s not the usual ‘they stood by me and encouraged me’ clause alone. Her parents and their home breathed music.

“Aishwarya has heard music ever since she was in my womb. We would sing for the joy of it at friends’ parties, at family baithaks and even charity events,” says mom Rima Majmudar, adding an interesting bit, “my husband Tushar had got Mukesh trophy from Raj Kapoor when he was in class XII.” That Aishwarya’s parents were students and lovers of music explains the very early start. And it doesn’t stop at them. “My mother-in-law and me are both graduates in music,” adds Rima, as we begin the incredible journey of our chat that is largely musical.

With exposure to classical, instrumental, symphonies and World music, Aishwarya took to music as though “made for it”. “My dad knows symphonies mooh zubaani (by heart, as they say!) In fact, I learnt much about music from my father. But, it was never a ‘learn’ thing as much as it was about ‘play’! Let’s play music music is how he’d say. My early memories of singing are watching mom and dad sing on this sofa,” she says, pointing towards the space that is part of treasured memories for this very diverse singer.

Of course, I am waiting to arrive at the right moment to ask her to belt out a number that further livens up our evening. But there’s lots to know before I do that. What was one of the earliest songs she sang? “It was Lag Ja Gale at a gathering when I was three,” says Aishwarya, who went on to participate in various inter-club competitions in Ahmedabad before taking part in state and national ones, winning most of those.

After Sur Sangam competition in Delhi, someone suggested she take part in Sa Re Ga Ma Pa and the budding singer who was just 10 then “recorded a small track and sent it across”. She got a call within a week and was called for auditions. “I handed them a paper that had various genres of music listed. They continued to audition others and finally called me. I won the first two rounds, got into finals and stood second. I was the youngest at 10,” shares Aishwarya. Was that her first award, I ask. “No, I participated in ETv’s Sur Taal ni Santakukdi when I was just seven-and-half years old and won,” she says of her juggling studies and school with music and riyaaz. “I studied at Delhi Public School and was the Gifted Child of the Gifted Child Project. I would do riyaaz in the morning for two hours and go to school two hours late,” says the girl whose mom would drop her off to school every day.

What is amazingly endearing is to see the warm relationship Aishwarya shares with her mother, a “constant in her life”. “I cannot imagine myself without her. She’s always been with me, be it at competitions, stage performances, live shows, work trips within and beyond the country… everywhere,” she says. Pretty refreshing coming from a young girl in a world where parents are increasingly complaining of children seeking space and privacy. “But her involvement in my life has been such,” backs Aishwarya, who recalls meals and naps in the car when going to music class immediately after school.  But, such was “the involvement of both parents in life that their presence only paved way for something better”.

When she won Chhote Ustad, Aishwarya was in class IX and recalls her father advising her to further strengthen her base. She followed his advice and got deeply involved in riyaaz and performances. And, were there favourites? “I sing rock, pop, Indian and Western classical, Western pop, ghazal, devotional, dance, rap, hip-hop, acapela, in fact, all kind of music,” says the girl who has over 3,000 stage shows behind her. While on number talk, I ask her how it’s been singing in a few languages besides Hindi and Gujarati. “I sing in 22 languages…all Indian languages,” she says, the baby-face smile replacing the point-blank confession before breaking into a few lines from a Kannada song.

Having shifted to Mumbai four summers ago, there’s much the young singing sensation is gearing up for. We heard her in the song Prem Ratan Dhan Paayo and more recently as Anna in the Hindi version of film Frozen. “She’s a positive, happy character and it was fun doing this,” says Aishwarya who has recorded as many as four songs in a day. “Oh, I have even done 10 songs a day once,” she surprises. 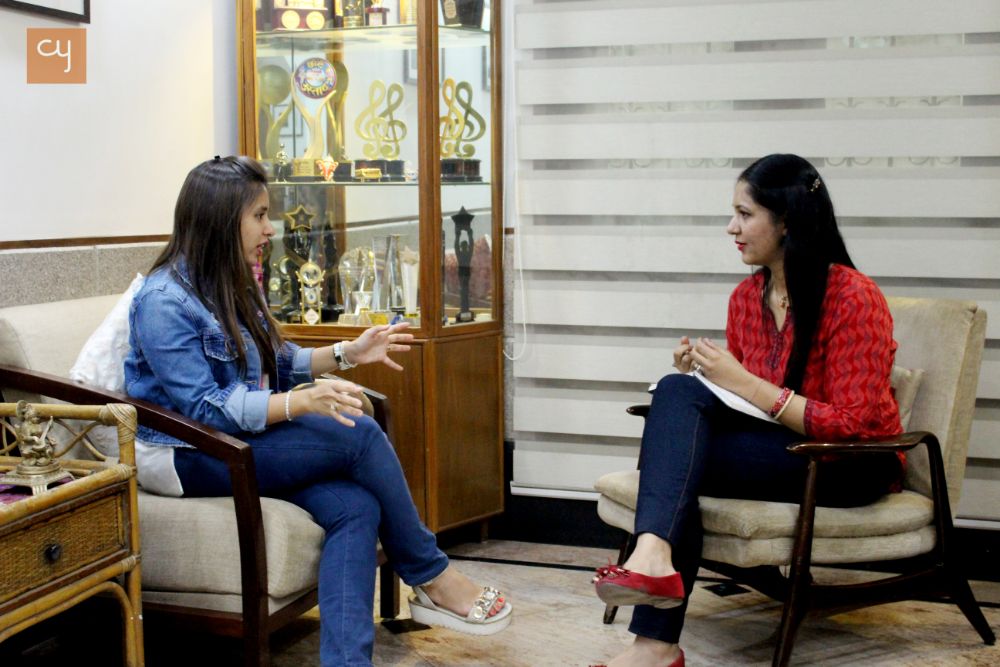 Rima, whom she refers to as mommager (mom-manager) does her photography, videography besides conceptualising her shows. Be it stage shows or wedding events. “I am her background,” she lovingly states as we ready for a photograph. “You know, the bond I share with my father is very special, it’s something the world hasn’t seen. He is so supportive and sees himself in me. Like is said, we explore a lot of us in our children,” sums up Aishwarya, as Rima nods in assurance.

No wonder, then, it’s party time on stage for Aishwarya. “And off it, a different party,” says Rima about her girl who, unlike youth today, doesn’t feel kicked about going to parties or dancing the night away. “That’s coz my life is a party,” echoes the young voice, “touchwood”!