Exploring the Portrayal of an Everyday Woman in ‘Soni’ (2019)

Earlier this year, Soni was released as a Netflix original depicting the lives of two policewomen against the social crises that women face every day. While many films in the recent past have deflected from portraying realism, Soni shows us things exactly as they are, creating a quiet corner for itself in Hindi cinema industry. Here’s looking deeper into one of the most subtle storytelling experiences in Indian cinema.

To find an everyday woman in Indian cinema today isn’t easy—it is not that women in everyday scenarios don’t exist in films, it’s that there aren’t too many women so ordinary we could say they are one of us. The question of reality in cinema, like in any other art, has been an old one and that one work, therefore, is more real than the other is a debate, where one changes sides or creates new ones according to their own approach and subjectivity even today.

Lately though, one doesn’t find much of it in the exaggeration and the infantile logic in many of the Hindi films which much like their Hollywood contemporaries come with “arbitrary readjustments” as David Bordwell would put it. But in the middle of it, returning to realism in many ways is a film that takes the risk to show things as they are, women as they are, homes as they are, families and strangers both sometimes starkly indistinguishable, as they are.

A 2018 film, released on Netflix early this year, Ivan Ayr’s Soni follows the story of two women police officers who, much like the Polish filmmaker Kieslowski’s women, appear just like any other women—they sweat, they cough, they have cavities. 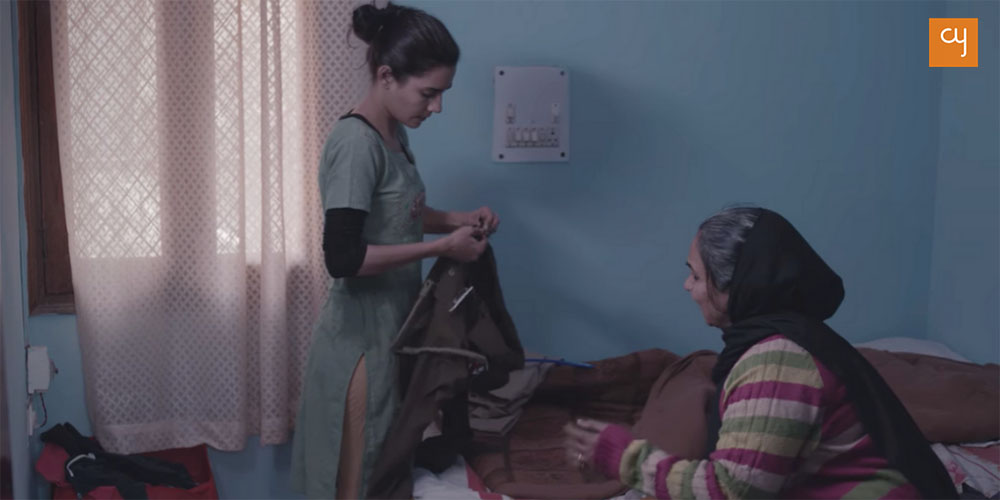 The opening shot of the film establishes the first character, Soni a young cop, who works under the supervision of Kalpana in the police department which is responsible for taking care of cases that deal with violence against women. She is on a bicycle on her way back after finishing her duty, when she begins to be followed by a man who catcalls her. On provocation, she loses her temper and beats him up when she is stopped by her team standing not very far away from where the fight has taken place. After things have cooled down, her senior Kalpana tells her that they’d had discussions before on this already, hinting towards Soni’s temper and such episodes to have happened in the past earlier and not to have ended well. They both return to their respective homes and it is here that the camera establishes a relationship between the spectator and the character in a manner that the spectator stands at a vantage point of being in the private spaces of the two characters (Soni and Kalpana) and understands them better without intrusion, not as a voyeur but as the character herself.

Soni walks into her house, with bare blue walls that hold a painting or two that don’t exactly seem to have come from some prior planning as to match the aesthetic of the house, but hang there in humility. She picks up a slightly bent vessel to make tea in; two cups lie on the kitchen slab; and we do not have access to the closets in the kitchen but no extra cutlery lies on display for dinner parties. Kalpana, on the other hand, enters her more upper-class home, with cutlery sets for guests behind glass shelves, her husband and mother-in-law at the dining table, sharing a joke and eating breakfast, she smiles and briefly chats with them. She then walks back into her room, Raza paintings hang on the bedroom wall and the scene ends as she enters her bathroom.

This opening act as it would have been in a play, introduces us to the two women at a position of power when at duty, but it also introduces us to the space that we will see throughout the film repeatedly, their private space. This space within Soni’s home is deceptively safe for her, much like Kalpana’s. We know this soon when Soni’s ex-husband enters later in the film, steps into the kitchen where she is heating a cup of water, and tries to talk to her to patch things up between them. She responds reluctantly, as though she could do without saying a thing if he’d let her do so. She makes it evident that she doesn’t want to have him around, regardless of how much he thinks she needs him. There is a moment of shared silence between the two and he leaves. Later, when she has offended a big-wig’s son who was found smoking in a ladies washroom with his gang, they stand outside Soni’s flat and break her window by pelting stones at it. 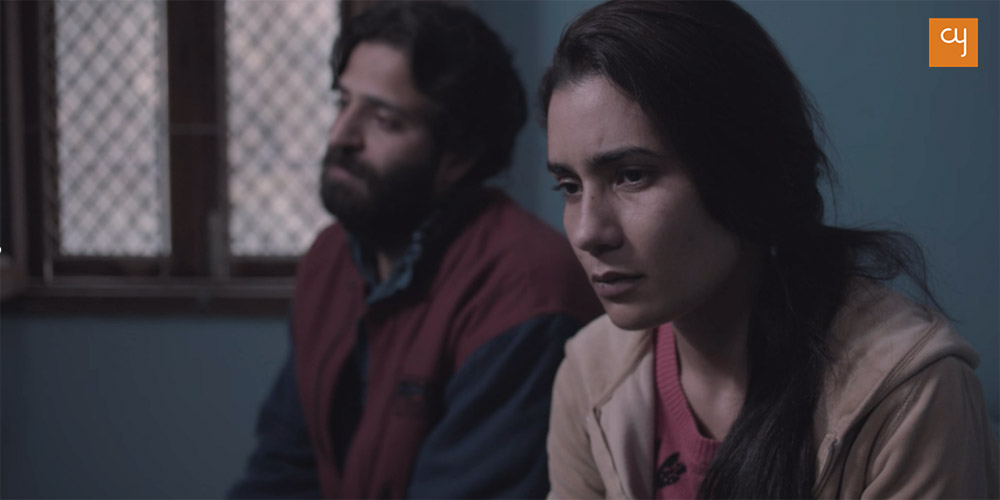 Things aren’t too great at Kalpana’s home either. Her husband repeatedly sees her from a gaze that is meant to look at her as someone who is in a wrong profession as he mentions later, one that she doesn’t fit into. This is a position he believes that requires one to be unyielding, firm without emotion, that which a woman like Kalpana wasn’t capable of taking on, he says. Take a moment to understand this position. Fighting against this masculine position to soften the treatment towards her fellow workers at the police station, Kalpana continues to protect Soni from being lashed out at, while having to be a little more stern on the face of it with Soni. A complexity like this is not easy to show on screen. Yet it is made possible by the actor, who embodies the presence of a policewoman standing in the middle of what has been looked at for many years to be only masculine—even when women are a part of it.

It is then a film about Kalpana as much as it is about Soni—one that sensitively shows the two individuals dealing with everyday conflicts but also gives us a sense of the relationship between two policewomen, sharing a cup of chai at a local bakery, and looking out for each other. I was reminded of Zainab and Raisa from a short film released in 2016 called Leeches by Payal Sethi that shows us a quiet beauty in a relationship between two sisters in the backdrop of a terrifying tradition of one-day contract marriages, set in the alleys of Makhta. Films like these where social crises become important subjects are rarely dealt with, with this kind of subtlety and an insight as perceptive as Ayr’s in Soni or Sethi’s in Leeches. It must of course at this point be noted that the storytelling in neither of the films is eclipsed by any star presence and it is this that helps achieve the overall purpose of the films. 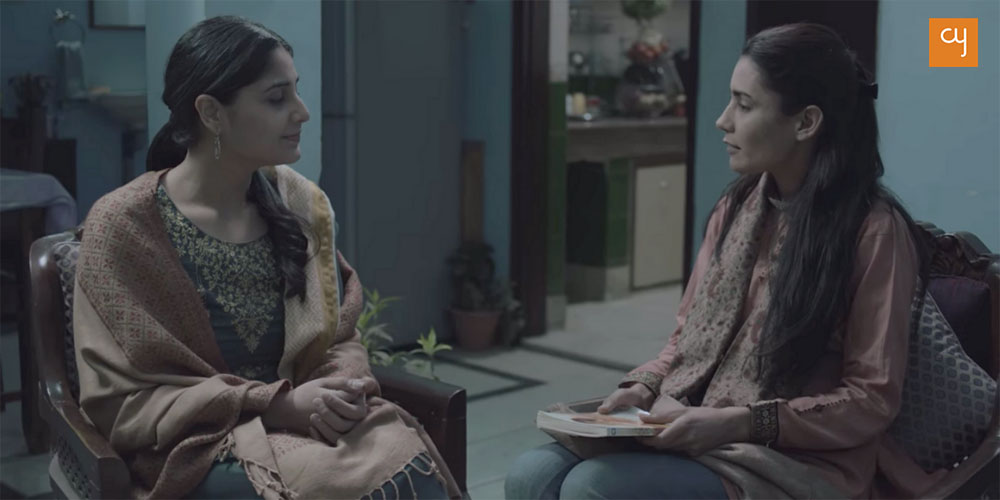 When Ivan Ayr, the director of the film was asked about the filmmaking process in an interview with the Asian Culture Vulture, he spoke about his interest in exploring the idea of this film, how he wanted to understand the way people in New Delhi were looking to the police for answers at an urgent time, and what the police were doing to resolve the social crises of a generation and he noticed that a very important perspective was missing from the conversation—that of a woman police officer.

“They’re perceived in the position of power so they are expected to solve this but at the same time, owing to their agenda, they are susceptible to the same crimes and the same kind of outlook. The tussle of emotions was important to explore to be brought on screen.”

There is a scene nearly towards the end, where Soni’s walk to and fro in the night at a site where men stand in a corner with a borne fire lit to warm their hands, mirrors Soni’s state of mind. When Kalpana visits Soni to check on her later, she gifts her a personal copy of Amrita Pritam’s autobiography. She tells her that when she was writing this book, a well-known writer told her that her life was inconsequential and that all that she had to say could quite easily be written behind a revenue stamp. Not only did Amrita Pritam write poems and stories about women and their lives after that, she also completed her autobiography calling it Rasidi Ticket—a revenue stamp.