Digitalizing Frequencies, One Channel at a Time 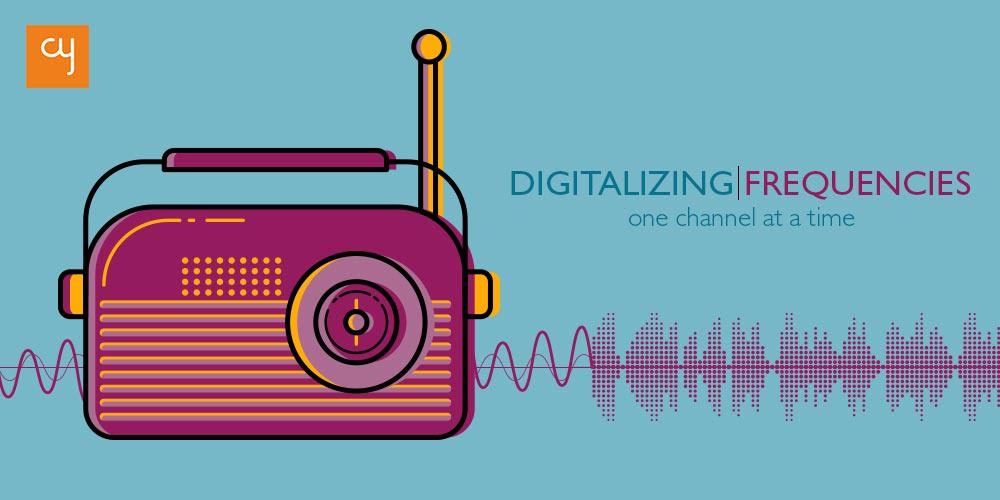 If you are young and Indian, with a head full of dreams – someone like me, who imagines her life being played out to changing background scores – it is difficult to imagine these scores without that quintessential radio static that has become all too familiar to our ears. Sometimes it cuts off that one line that you were waiting to hear in a song, or blurs out the traffic report for that one street that you were going to drive on. The radio static has, by now, blended into our everyday radio listening experiences. But need this be the case today?

On January 11, 2017, Norway became the first country to start phasing out analog radio signals – or FM as we know it – in favor of Digital Audio Broadcasting. Expected to be the biggest move in radio technology since the shift from AM to FM in the 1950’s, Norway declared that by the end of this year, the national networks will be available only on DAB. Other countries to consider following suit are Denmark, Switzerland and Britain.

The Norwegian Government claims this move will free up resources to invest in programming, while providing a clearer and more reliable network that is more suited to the terrains in Norway. The move also allows the government to sell more spectrum space to radio stations.

While we are not particularly familiar with DAB in India, Digital Radio has become somewhat of a household name in countries like the UK and Australia. We are familiar with the TV sibling, Digital Multimedia Broadcasting. The difference between FM and DAB can be explained in terms of cable TV and Digital TV (set-top boxes). Similarly, DAB works by coding sound into digital signals, breaking them up, and then decoding and assembling them at the destination using digital radio receivers. As a result, there is minimal loss in audio quality, and the resultant sound is almost CD-like. AM/FM, on the other hand, commonly suffers from loss of quality from interference caused by signals bouncing off buildings, towers and natural structures like mountains.

FM is certainly a step up from AM, and gives fairly good audio quality, but it is still a 70 year old technology which has reached its development limits. While the transmitters in analog can broadcast only one channel at one frequency, the digital format can broadcast three to four channels at a single frequency and ensure excellent quality of all the channels.

Radio is the most widespread media in the country. Radio signals can be accessed by as much as 90 percent of the population, while only 60 percent of the population have access to televisions. From the local paan wala to youth driving on national highways, FM radio has become an outlet for government broadcasts, folk music, contemporary music and local news. In a country with a high rate of illiteracy, radio and television inform and educate, even as they entertain. They collectively reach out to a huge portion of the population. The style, format, content and personality of radio jockeys in FM is a medium for the youth. FM radio, over the years, has become the choice of more and more young people, including the mobile population – those who switch it on in their vehicles.

But in a country where over half of the population uses radio on medium wave – which, being mainly analog, suffers from poor audio quality – there is also a growing need for a professional traffic information system, as experienced in more advanced countries.  India also has faced a number of natural calamities in the recent past and, at present, there is no fool-proof warning system in place.  Digital Radio can address both these requirements.

All India Radio has already installed 10 MW and 2 SW DRM digital transmitters. The Prime Minister has been talking to everyone every month through the radio program ‘Mann ki Baat’ (Talk from the Heart).  This has contributed to the revival of radio listening in general, and of AIR in particular. The network is also in talks with the automobile industry to finalize plans to incorporate digital DRM receivers in vehicles.

But that being said, Digital Audio Broadcast is still a long way to go in India, a nation for whom analog radio has provided the soundtrack to its life.

frequency modulation (FM) – n. a system for sending radio signals in which the number of radio waves is changed in order to send information in the form of sound

transition – n. a change from one state or condition to another