An International Film Festival to be presented in Charlotte, US will bring together filmmakers from around the world whose work depicts the theme of Asia. The festival will showcase 9 unique films belonging to 8 different languages. Charlotte Asian Film Festival is all set to create a milestone in the film festival space by letting cultures discover each other through the medium of films.

Post globalisation, the world progress has seen western societies opening up to the eastern talent. With United States of America riding the economic prosperity wave in the 20th century it has attracted large masses of skill owners from eastern subcontinent, particularly Asia. With India and China leading the human index, and countries like South Korea, Japan and Indonesia leading the technology index, it became inevitable for US to throw open its doors to these communities. While we are still in the early decades of the 21st century, this reality is resulting into dynamics, that challenge the sustainability of multicultural progress. In such times, the way forward is to educate communities on diversity by mediums of cross-cultural exchanges. Charlotte Asian Film Festival is an event, at the heart of which, is the motive to let US audiences discover Asia, albeit through films.

Charlotte Asian Film Festival (CAFF) has come to life due to the joint effort of the local Asian-American community and others who see value in this novel addition to Charlotte’s cultural landscape. The Festival is scheduled on May 26-27, 2017 at UNC Charlotte Center City in Uptown, and will be a welcome addition to the Asian Heritage Month celebration. The screenings will include full-length feature films, shorts and documentaries that provide a window on various facets of Asian society, culture and history both in the native lands and in the diaspora. This showcase for film-making as an art form will provide a unique opportunity for film connoisseurs to enjoy international films with an Asian focus in Charlotte.

Anand Kothari, the co-chair of the Festival states, “We wanted to create an Asian Event that goes beyond the dance and food frolic, and creates deeper engagement opportunities for mainstream audience.”

CAFF will broaden the contribution of Charlotte Asian Heritage Association (CAHA) in promoting awareness of Asian culture in the greater Charlotte metro area. CAHA, under the umbrella of Carolina Asian American Chamber of Commerce CAACC, organises events such as the Dragon Boat Festival, Gandhi Unity Fall Festival, and the Community Leader Luncheon. The total attendance at these events exceeds 10,000 which attest to their vibrancy and relevance.

CreativeYatra.com is an organisation that promotes art, culture and creativity in local communities by combining arms of media, design and content ideation. With offices in Ahmedabad, India and Charlotte, US – CreativeYatra.com creates opportunities for cross-cultural linkages. Dr. Amit Shah, Co-Founder of CY shares his thoughts, “Indian Creative Industry is huge, and lot of interesting stuff happens in the non-mainstream space, such events provide an impetus to the latent talent that otherwise remains unseen behind the glamour of popular culture”

Apart from CAHA and Creativeyatra.com, CAFF has received lot of support from UNC Charlotte – Arts and Architecture and Universal Institute for Successful Aging of Carolinas. Many other community organisations have came forward for the support of the festival.

Within days of announcement and opening invitations for applications, CAFF received stupendous response. It received over 150 entries across the three segments of Features, Documentaries and Short Films. The curation note is as follows :

‘Films made by artists of Asian-descent, or any films depicting lives of Asian with emphasis on traditions, social norms including sustainability, or human rights, or films depicting (Asian) immigrant experiences in a foreign society.’

Through careful selection process and after jury’s discretion the final 9 films received the ‘official selection’ status. The final selection includes 4 Features, 2 Documentaries and 3 Short Films spread over 8 languages viz. English, Hindi, Nepalese, Indonesian, Iranian, Chinese, Tibetan and Korean. It is a wonderful mix of landscapes and languages that shall put any audience in awe of Asia. 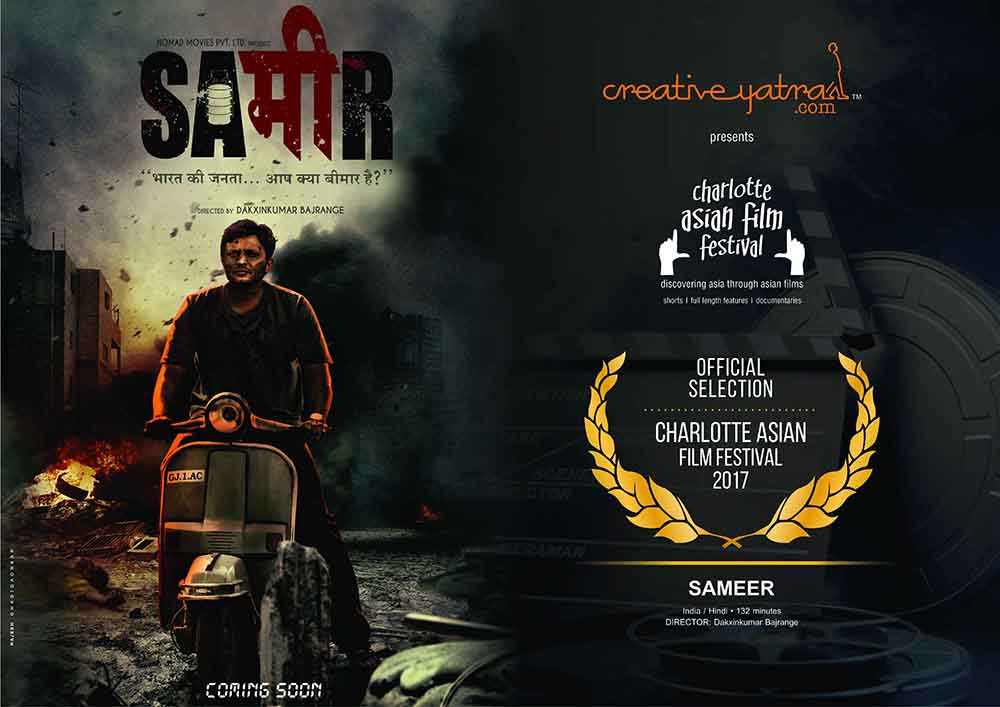 Straight from the production house of Ahmedabad based filmmaker Dakxin Bajrange aka Chhara, Sameer is a film based on various terrorist attacks occurred in different states of India. It is a story about a guiltless engineering student, who has been captured by the ATS team and is being used as an insider informer to catch the real culprits.

The Producer and the Editor of the film are going to be present for post-screening discussion. 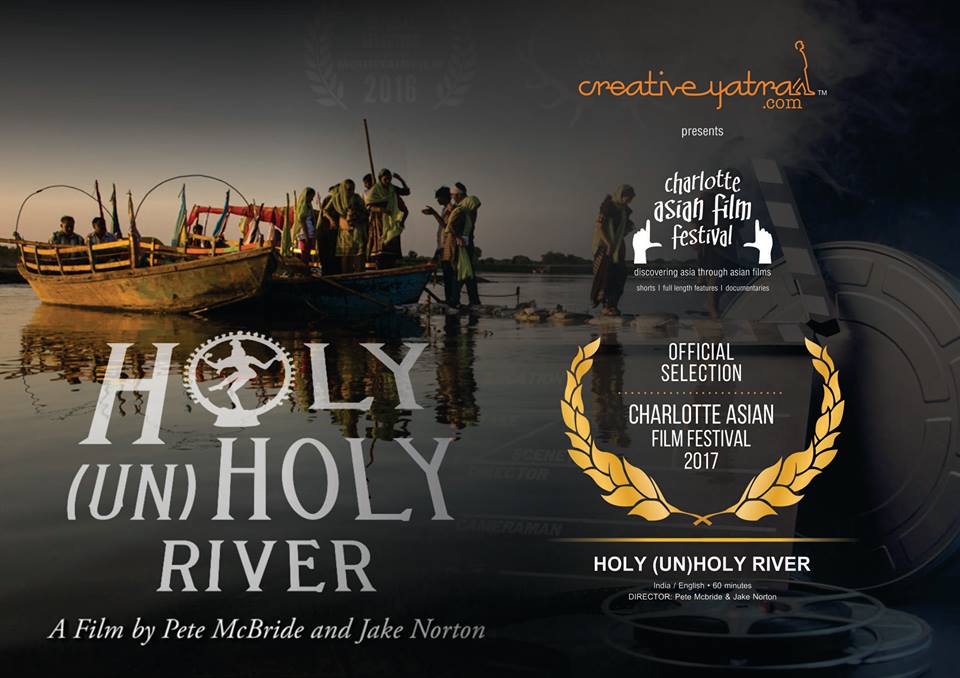 A NatGeo documentary made by movie maker Mc Bride and Jake Norton, Holy (Un)Holy River talks about the most sacred and the most polluted river of the World, The Ganges. With eye-popping visuals and Oscar-winning John McDowell’s music the movie promises to give an enchanting experience.

Programmed to be the opening day film, the screening will be followed by Q & A with Co-producer and Editor Anand Kamalakar. 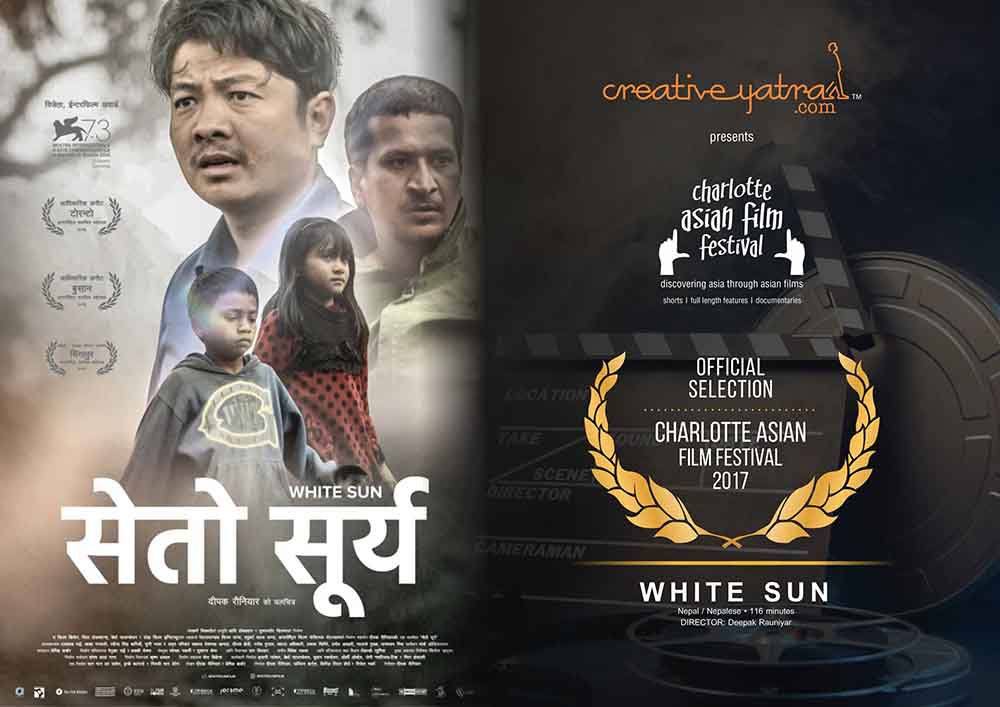 A Nepalese film that showcases the story of an anti-regime person who faces political, communal and corporal difficulties for his father’s funeral. His vigorous tenacity of bringing a resolution makes him travel across mountains and villages encountering police and rebellious guerrillas. It is a post civil war depiction of Nepal during the gridlocked harmony process. 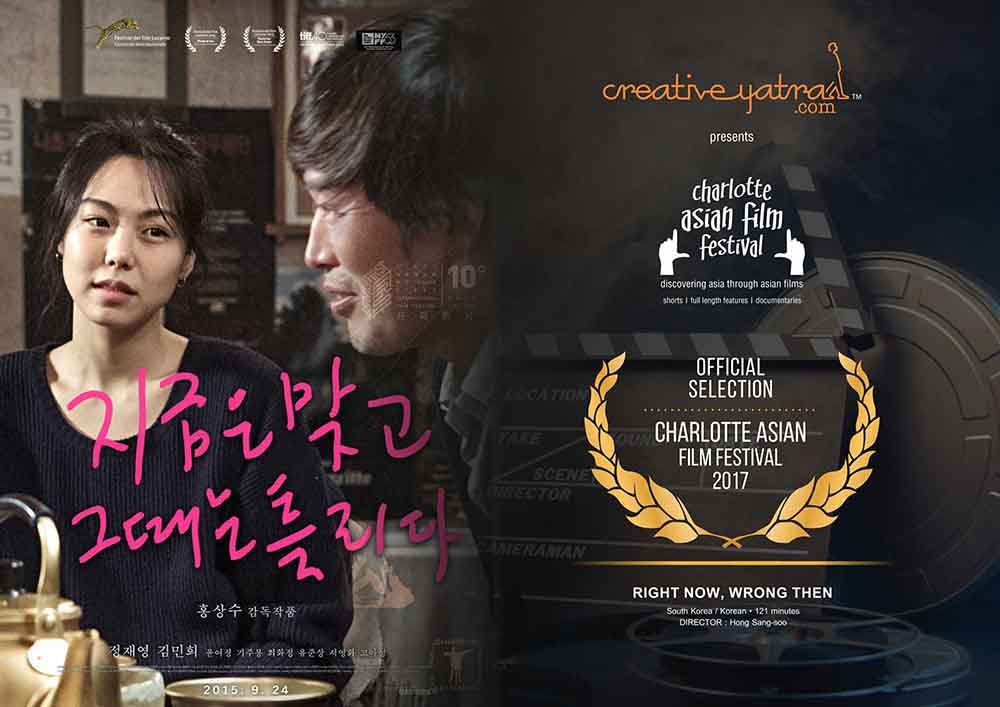 A full length South Korean movie made by Hong Sang-soo, Right Now, Wrong Then revolves around a romantic plot, where two creative heads, a painter and a filmmaker fall in love with each other and comes up with a distinctive outcome.

Soul on a String (China/Tibetan) 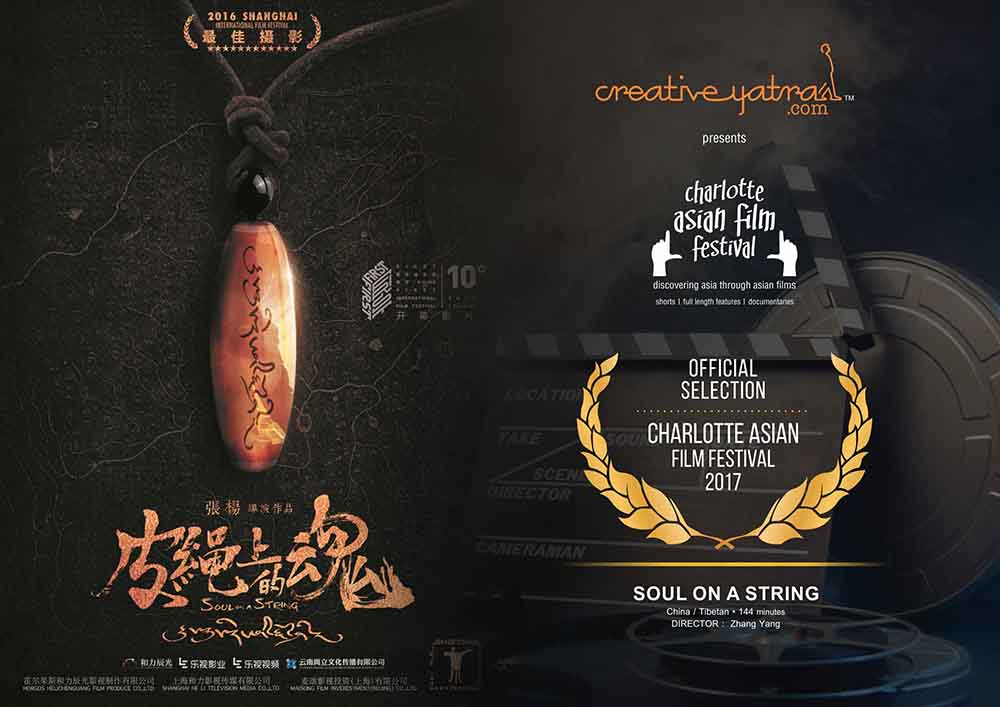 A Tibetan film by Zhang Yang is a story of a solo travelling Tibetan lama, who is on a quest to reach the holy mountain and bring back the sacred Buddha’s Handprint. In his magical journey, he encounters a headstrong woman, a psychic elf, two aggressive brothers and an adventurous voyage. 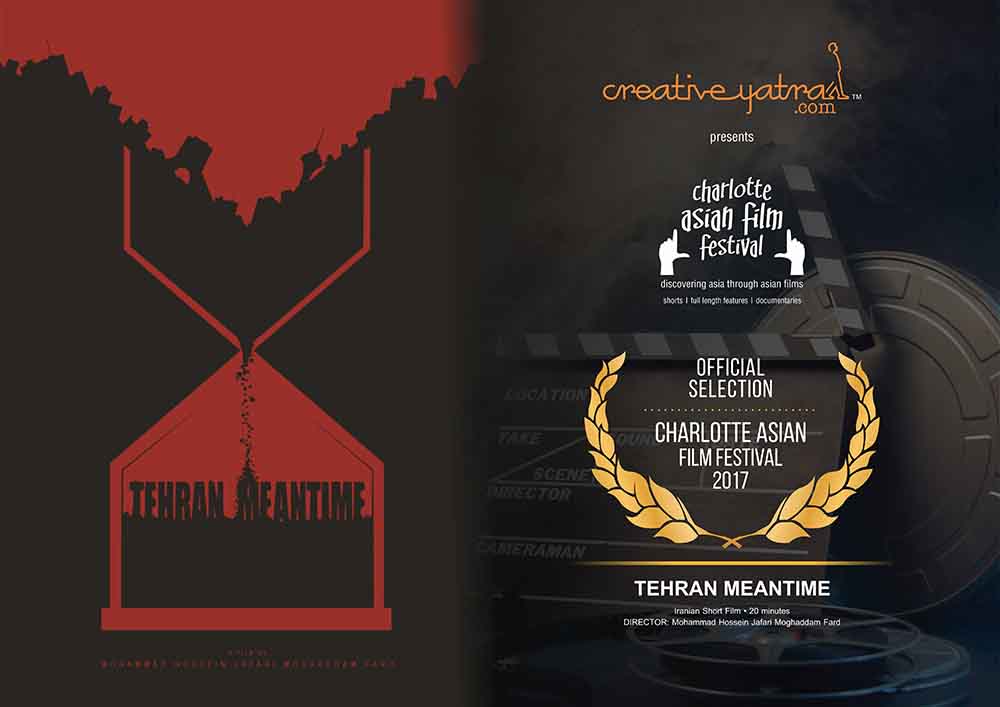 Directed by Mohammad Hossein Jafari Moghaddam Fard this non-narrative silent short is a piece of visual poetry. With imaginative cinematography, it contemplates the despair and alienation of modern urban life with beauty and poignancy. 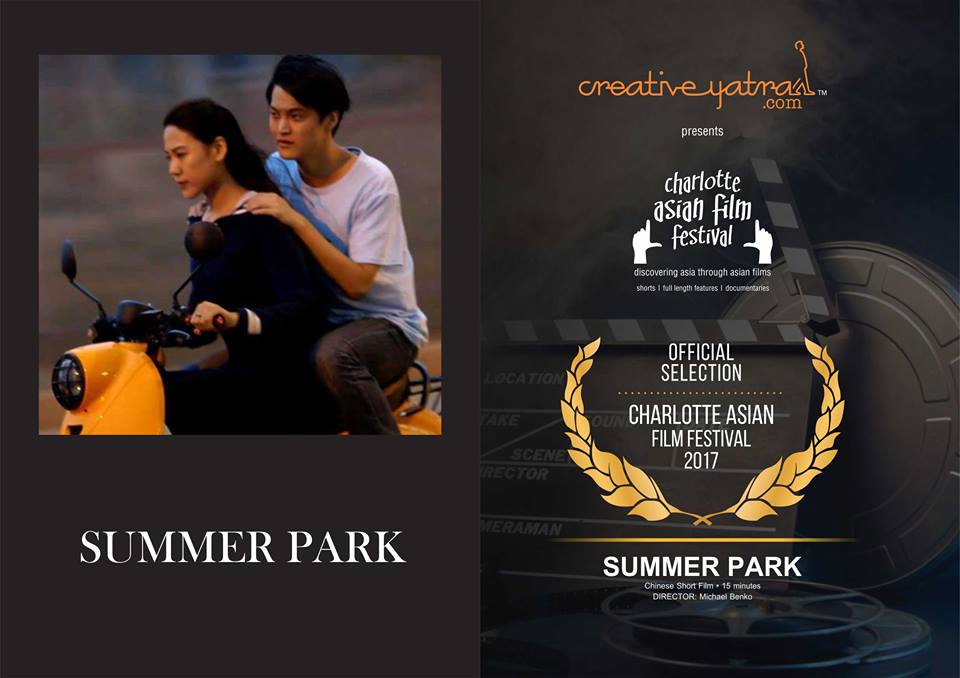 The short chronicles the adventure of teenagers Summer & Park. After the death of her parents, 17-year-old Summer takes to stealing as an outlet for her harsh life. She finds solace in the company of Park, a good-hearted teenager who obsessively records conversations on a tape-recorder, and the pair go on a wild adventure through the outskirts of Beijing. 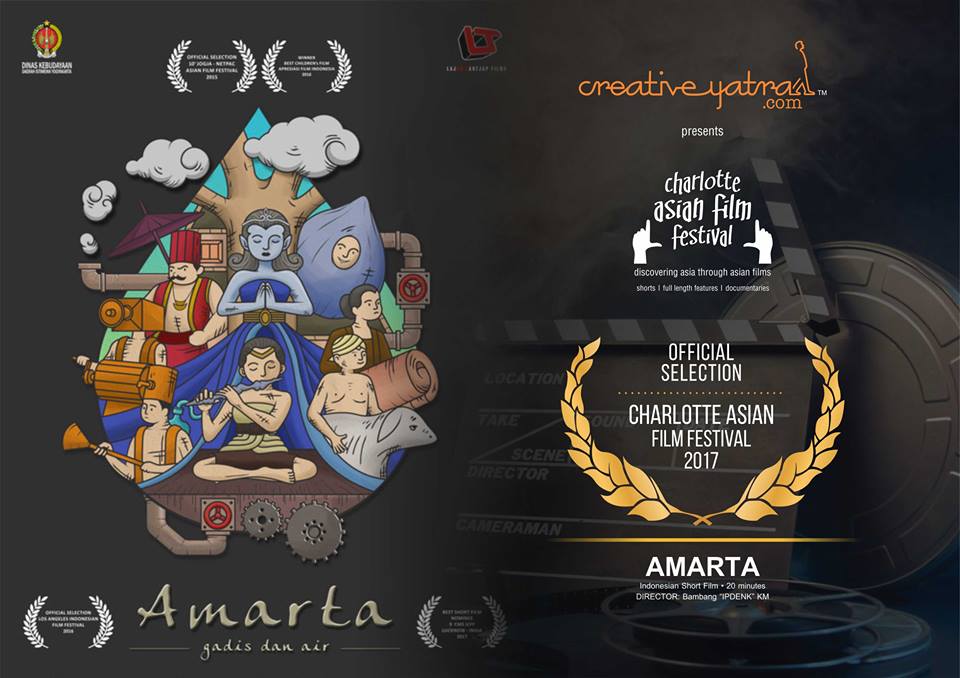 A city where its people are forced to buy water and work for a Boss who controls the springs. Water Goddess who is believed to be the guardian of the springs gives no answer to the problem. In the midst of misery and despair, a girl appears and tries to help free people from the Boss’s cruelty.

Film festivals are an opportunity to celebrate the art of filmmaking with a vision of enrichment, rather than looking it as a medium of delivering entertainment. The audience gets the chance to connect with the right minded beings of the town, and it helps to collaborate with diverse communities. Charlotte Asian Film Festival will enrich the local talent and films of Asia and attending this festivity is a golden opportunity for connoisseurs to appreciate their form of art.

Stay in touch with the updates of Festival here : www.charlotteasianfilmfestival.org