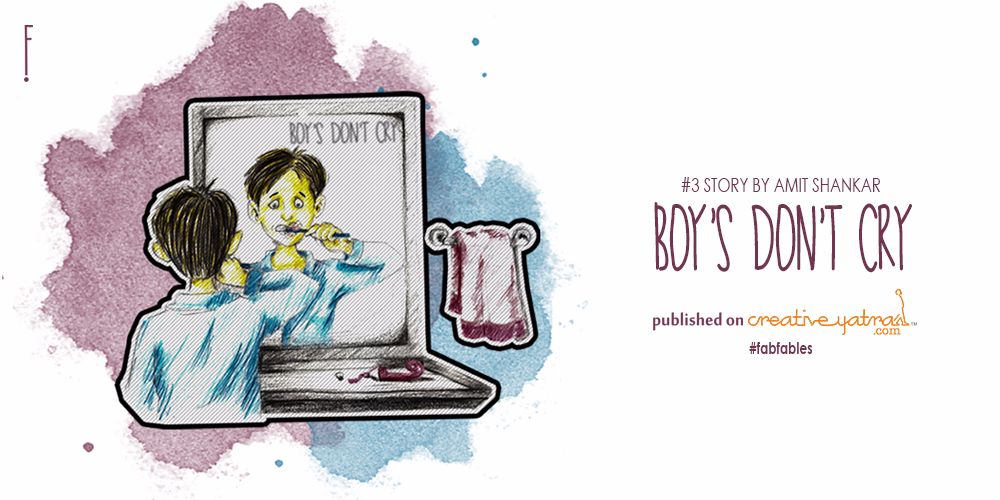 The last few days had been real tough.

Everywhere he went, home to school, soccer classes to shopping, it was the same. He had been experiencing the same anguish, repeatedly, for the past eight years.

Today was the day he dreaded the most.

“Aryan, don’t start it again.” His authoritarian mom was in no mood to give in to his excuses.

“Really mom, I have fever.” He persisted.

She came and touched his forehead. Well, her finding was obvious.

“Be at the breakfast table in next twenty minutes.” There was no ambiguity in her instruction.

For all these years he wanted to share this ghastly feeling of unease with her. But he knew somehow that as a boy he was supposed to carry his own bag and burden. At least that is what she would have told him. While brushing his teeth, visuals of school assembly hit him. Finding the perfect visual trigger, in no time anxiety attack started spreading its tentacles. His feet turned cold and ears, like two pieces of burning coal. He stood there, in front of the mirror, shivering and sweating, waiting for it to get over. Tears rushed down his cheeks.

‘Boys don’t cry,’ reprimand of his mom, still etched in his mind made him wipe them. 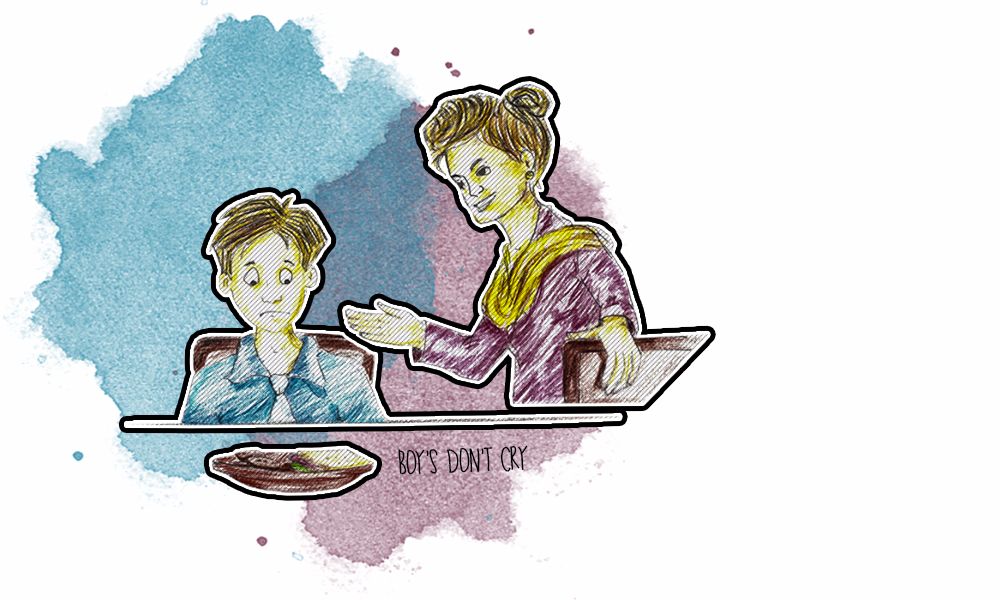 Breakfast table was as usual as any other day—silent and grave.

Despite his dislike for this morning routine, today, he did not want to leave the table.

Being a big day at school, the kids in the school bus were excited.

He took a corner seat as he did not want to engage in the banter that surrounded him.

“Aryan, are you ok?” It was his best friend.

“Fever, I guess.” He replied solemnly.

He hated lying to Puru. But then how could he tell him the truth?

There were some secrets, which were not to be shared, even with best friends. 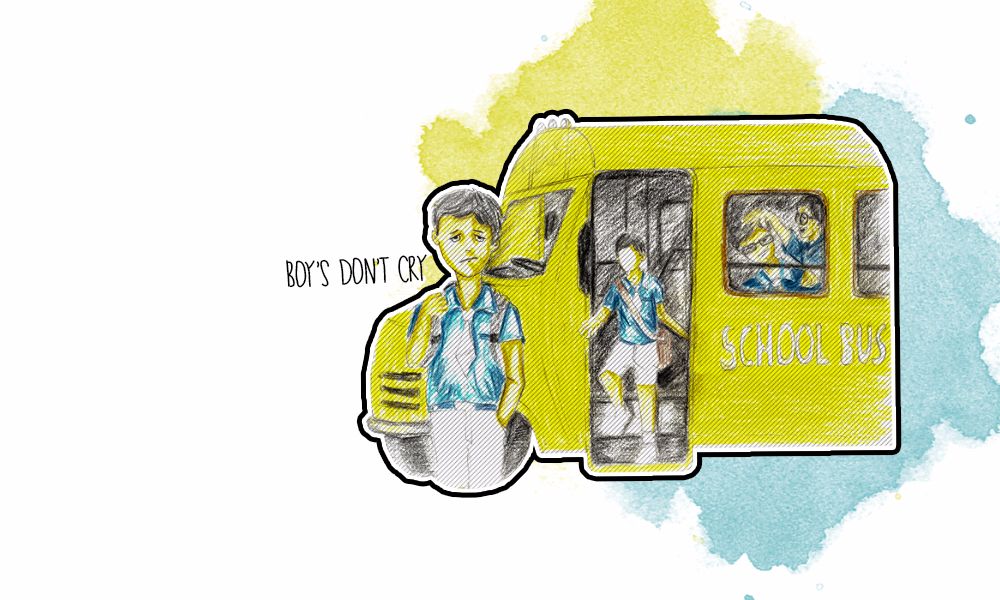 The festive ambience was in the air.

Boisterous students were gathered in the field, laughing and enjoying themselves. But he wanted to run to some corner, close his eyes and cry. However, he knew it well if he was found absent during the roll call, he would have to get his mom. That was the last thing he wanted to do.

Let me face it like every year, he told himself.

Attired in his customary white robe, with a big cross hanging around his neck, the school principal walked to the podium.

His customary greeting echoed over the public address system.

As he adjusted his specs, Aryan knew the dreaded moment had arrived. Standing there, in the row of Class 7th, Section B, he was like a statue cast out of lead—frozen and impervious to the surroundings around him.

And then the feared moment arrived.

The principal walked towards the platform. Panic hit Aryan again. His palms started dripping with sweat, his feet absolutely cold and numb and his ears, amber red and hot.

The principal pulled the chord and the tri color set itself free, releasing the flowers. Students clapped and cheered and tears started running down Aryan’s cheeks.

With roll of the drums, the school choir started singing the national anthem. ‘Stop crying, boys don’t cry.’ The warning of his mother made him wail louder. Amidst the mammoth sound of the soaring national anthem his howls were lost.

As the school and the nation saluted the tri-color, like every other Independence Day, he again succumbed to the memories of his father’s body, lying there wrapped in a tri color.

The tempo of the anthem was building up. With choked throat, he was just in time to join the last word and mumble 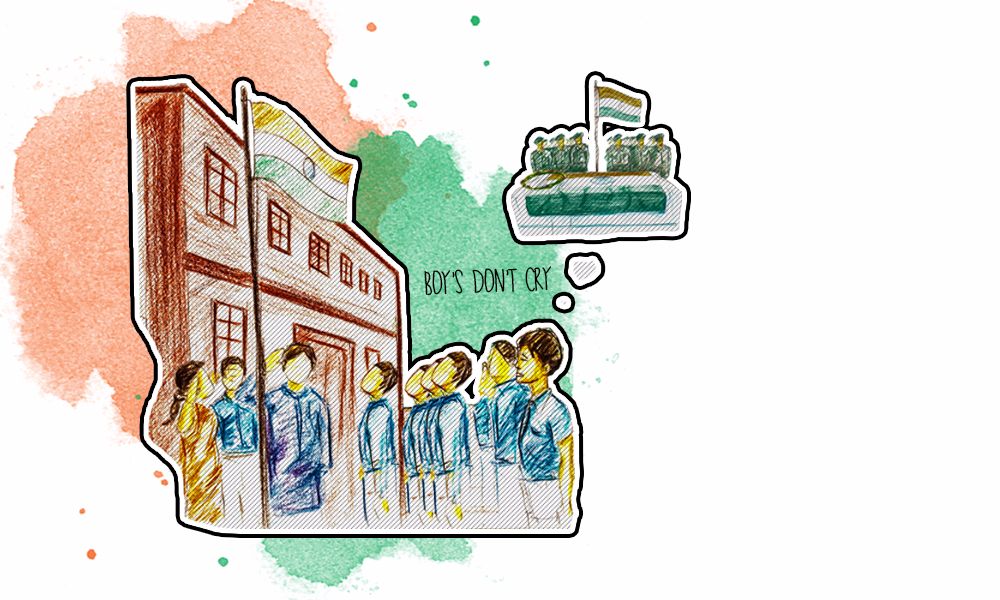 More Fab Fables from Amit Shankar : The Nest & What’s in a name?