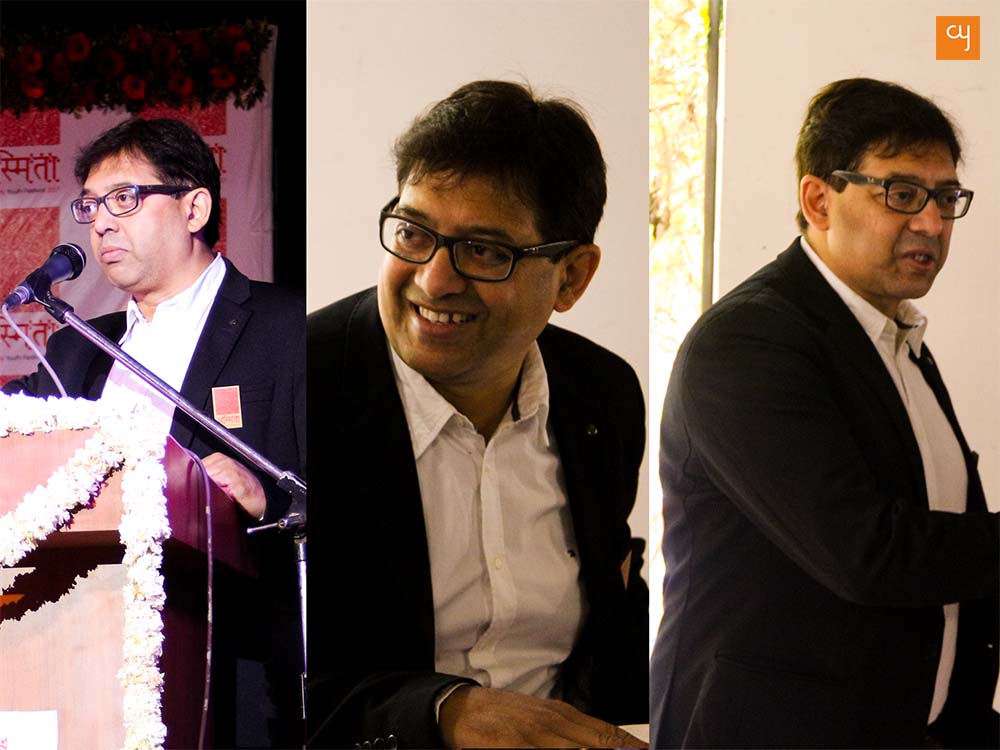 The acclaimed screenwriter speaks about his raison d’etre for writing.

“The three commandments of Ingmar Bergman: Entertainment is your responsibility and priority because the audience is not coming for a sociological treatise. Do not sell your soul while entertaining, like by trying to cash in on a current and popular idea; the cinema should reflect your conviction as a citizen. Just like I am truly proud of PK as, through the film, we truly went against the current. And the third commandment is – treat each film as your last film; it is the right way to deliver the best content every time.” This was the answer of Bollywood screenwriter Abhijat Joshi, when he was asked about his creative process while writing some of India’s most influential movies like PK, Lage Raho Munna Bhai, 3 Idiots, Mission Kashmir and many more.

Joshi has had a close association with movie makers Vidhu Vinod Chopra and Raj Kumar Hirani. He disclosed his current writerly preoccupations for the movie Munna Bhai 3 and a biopic on Sanjay Dutt’s life. While talking about his future projects, Joshi said, “I never write to make money or even to write just for myself. It should always be balanced, because the third commandment says ‘make a movie as if it was your last one’ and of course, nobody wants to make a flop that doesn’t make money.”

Joshi who hails from a literature background, graduated from the HK Arts College in Ahmedabad with distinction, and he is still closely associated with the Gujarati language. “I did my schooling from a Gujarati medium institution. I wrote numerous Gujarati and English plays till date, yet right now I am a professor in Otterbein University, Ohio, and in 2015 I successfully scripted a Hollywood flick for Vidhu Vinod Chopra titled as Broken Horses. And still, I’ve never stopped writing in my mother tongue while preaching a foreign language. So eventually, just like Rancho describes in 3 Idiots, I went for excellence and not success, kyun ki success jakh maar ke peeche aaye ga.” Joshi’s strength lies in developing vernacularly quirky scripts for the audience while maintaining the literary aesthetics of the language.

Playwright Saumya Joshi, who contributed spectacular masterpieces in Gujarati theatre like Welcome Zindagi and 102 Not Out is the younger brother of screenwriter Abhijat Joshi and their parents are both professors too. Our interaction with Joshi was possible as he came as the Chief Guest for GLS University’s Asmita 2017 Youth Festival. Before going to the United States of America, Joshi was a professor of English at the C. U. Shah Arts College, which is a tributary of GLS University now.

While addressing the enthusiastic students of GLS during their culfest’s inaugural ceremony, Joshi disclosed a very amazing fact about the Rancho character from 3 Idiots. He said, “My fictional characters within movies are actually borrowed inspirations from real people walking around. I came across the inspiration behind my Rancho character while working on a movie, when I was told about a Sardarji who went to the Film and Television Institute of India, Pune, who graduated there under his friend’s name and made a fantastic art movie. When I met the man, I realised that he just wanted to procure knowledge without accumulating a degree. This triggered me to dedicate a character to him.”Joshi ended his speech by saying, “Our stories are walking with, around or just near us, we just have to grab them and jot them down.”

Our conversation with Joshi explained to us that we don’t need a reason to start writing, but that after writing, we certainly should ask ourselves the question – ‘is there a reason for someone to read what I just wrote?’ And if the answer is ‘yes’, then write for no one else but yourself.